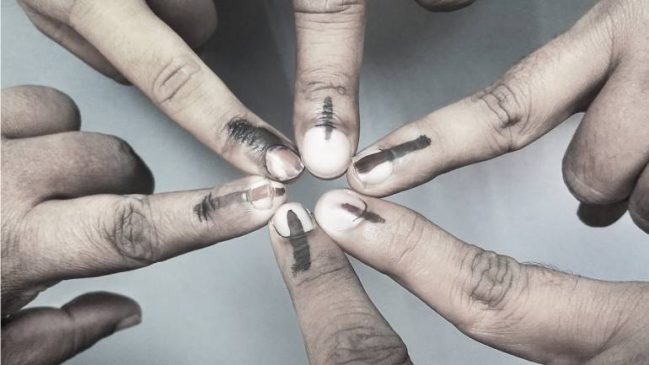 Indore (Madhya Pradesh): Voting for the panchayat elections will be held in the district on Saturday from 7 am to 3 pm. A total of 6,72,318 voters will decide the fate of 4,962 candidates contesting for the posts of sarpanch and panch, janpad member and member of zilla panchayat. In all, 1217 polling stations have been set up in the district for voting.

According to the information received from the District Election Office, 50 candidates are in the fray for the posts of 17 members in the zilla panchayat. Similarly, for the 98 posts of janpad members there are 308 candidates in the field, for the 314 posts of sarpanch 1,259 candidates and for 1,342 posts of panch 3,345 candidates are trying their luck.

There will be different coloured ballot papers for panch, sarpanch, janpad and zilla panchayat members, and voters will put their choice of candidates in the ballot boxes.

Polling material was distributed to the polling parties from their respective block headquarters on Friday. Materials were distributed

from Atal Bihari Vajpayee Government Arts and Commerce College for Indore Janpad Panchayat. Collector Manish Singh reached there and took stock of the material distribution work. He directed the members of the polling parties to conduct the elections in a fair, fearless, peaceful and transparent manner. He said that all the officers and employees should discharge their responsibilities with utmost seriousness.