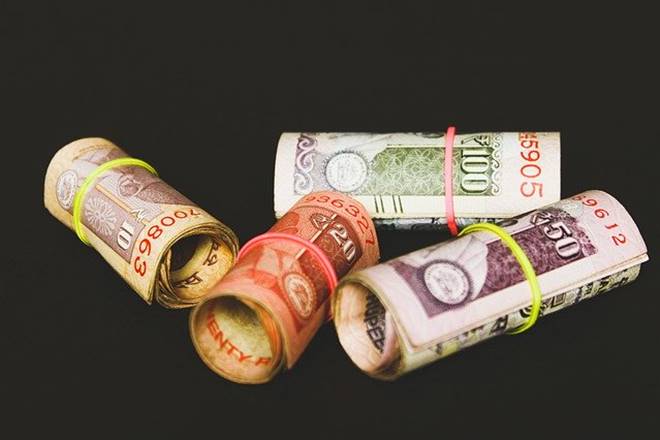 The domestic currency tumbled to a fresh all-time low of 79.12 (provisional) against the US dollar.

The Indian rupee plunged to a record low on Friday amid a strengthening dollar and a continuous outflow of foreign funds from the local market and rising global crude oil prices. The domestic currency opened at 78.98 and tumbled to a fresh all-time low of 79.12 (provisional) against the US dollar. The currency has lost nearly 6 per cent in the current financial year. The domestic unit was trading at 79.09 a dollar, down 0.15 percent from its previous close of 78.98 a dollar at 0920 hours on July 1.

Read More: [email protected]: Know Why It Was Introduced, What Are Challenges Now

Global oil price rose on Friday as OPEC+ said that it would stick to its planned oil output hikes in August. Earlier, OPEC+ decided to increase output each month by 648,000 barrels per day (bpd) in July and August, up from a previous plan to add 432,000 bpd per month. Oil prices skyrocketed because of the tight supplies and worries that the group has little ability to increase output. A sharp jump in crude oil prices stocked concerns over an economic downturn.

The US dollar was on track for its best week in a month. The dollar index , which measures the currency against six counterparts, inched up 0.07 per cent in Asian trading. The greenback has gained 0.66 per cent amid a fear of a global slowdown. The investors will keenly follow the US ISM manufacturing data due later in the day.

Rupee Outlook: Will it Touch 80 per US Dollar Soon?

“Rising crude oil prices might continue to weigh down on the net importer’s trade deficit, after rising to a record high deficit of $24.29 billion in May. Meanwhile, narrowing interest rate differentials amid hawkish central banks across the horizon with the US Federal Reserve ready to hike 75 bps in July might amplify the capital outflows, adding pressure on capital account. Though RBI might intervene in the forex markets to curb the losses, it’s unlikely to draw a line in the sand, as fundamentals remain weak,” said Jigar Trivedi – Research Analyst, commodities & currencies fundamental, Anand Rathi Shares & Stock Brokers.

“Hawkish stance of the global central banks continues to put pressure on the rupee. We expect the rupee to remain volatile in today’s session and could hold its key support level of 79.55,” said  Rahul Kalantri, VP Commodities, Mehta Equities Ltd.