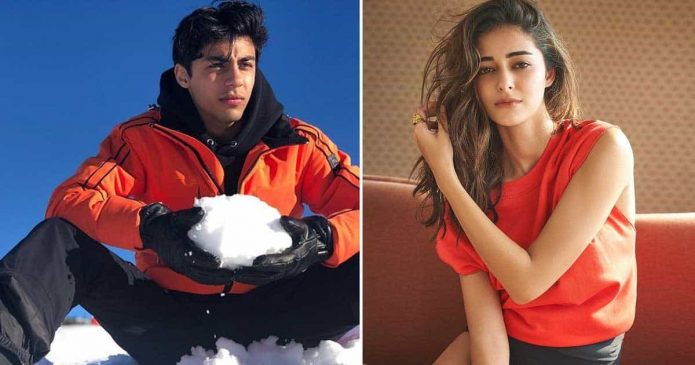 The latest episode of Koffee With Karan had dropped and it is graced by Liger co-stars Vijay Deverakonda and Ananya Panday. The actor duo had loads of fun chatting with Karan and revealed some of their secrets as well. While Karan quizzed Vijay about his rumored relationship with actress Rashmika Mandanna, he hinted that something might be brewing between Ananya and Aditya Roy Kapur. However, the star kid ended up revealing that she had a crush on Shah Rukh Khan and Gauri Khan’s son Aryan Khan.

Ananya and Shanaya Kapoor are good friends with Aryan’s sister Suhana Khan and the three star kids have grown up together. Talking about their camaraderie, Karan asked Ananya whether she ever had an ‘older brother crush’ on Aryan. Ananya then confirmed that she had a crush on Aryan growing up. When asked why the crush didn’t fructify, Ananya said, “ask him.”

Karan further said that it would have been sweet to see two little childhood sweethearts come together to which Ananya replied, “it would be like a movie.”

Meanwhile, Karan Johar asked Vijay about the rumours that he has been dating Pushpa: The Rise star Rashmika Mandanna. Addressing the same, Vijay mentioned that he is ‘good friends’ with Rashmika and said, “We have done two films together at a really early stage in my life. She is a darling and I am really fond of her. We are really good friends. We share so much through films, lots of highs and lows. A bond gets created.”

Koffee With Karan 7 is currently streaming on Disney+ Hotstar. The first episode was graced by Alia Bhatt and Ranveer Singh followed by Janhvi Kapoor and Sara Ali Khan. The third episode of the show featured Samantha Ruth Prabhu and Akshay Kumar.