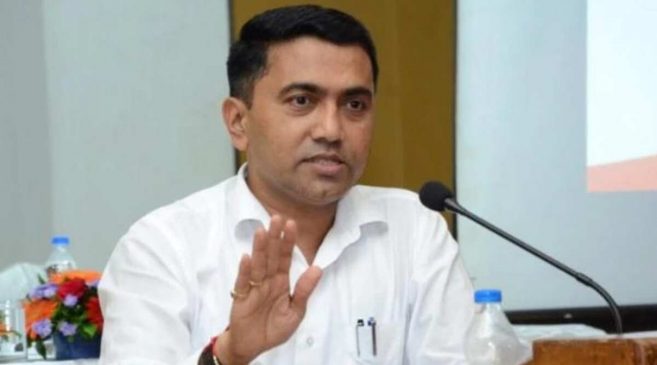 Panaji: Chief Minister Pramod Sawant urged the Indian Institute of Technology, Goa (IIT-Goa) on Saturday to address the problem of sea erosion, the threat of microplastics in fish, and environmental challenges in the wake of worries expressed by several MLAs from coastal districts.

“IIT Goa should play significant role in solving environmental issue faced by the state. Goa is known across world for its green vegetation, pristine beaches and clean air. It is cherished by every traveller in Goa and we are committed to protect nature’s gift,” Sawant said addressing the third convocation of IIT Goa.

“Climate change is affecting the coastline due to sea erosion as change in sea level is witnessed. It is causing flooding and excessive rain. I urge IIT-Goa to deal with such types of issues,” he said.

He said that threat of micro plastic in our food chain, particularly in fish, is looming large. “I expect IIT Goa will conduct research study to provide remedial measures to both demand and supply chain,” he said.

He said that IIT Goa is collaborating with state pollution control board for developing forecasting tools for the air quality level.

He commended the IIT-Goa for manufacturing face shields during COVID pandemic and providing it to frontline workers.

“It is good example for social commitment. IIT is helping us in various fields. It is assisting us in various matters and governance also. IIT Goa had developed ‘chart board’ for smooth conduct of recent legislative assembly election,” he said appreciating scientists and students of IIT-Goa.

He also said that IIT-Goa is helping government in promotion of start-up and making state IT friendly.

Goa Tourism Minister Rohan Khaunte had recently said that sea erosion has become a major threat for the tourism industry, which needs to be tackled with new concepts. Also MLAs from coastal line areas had expressed concern over beaches getting washed out due to sea erosion.