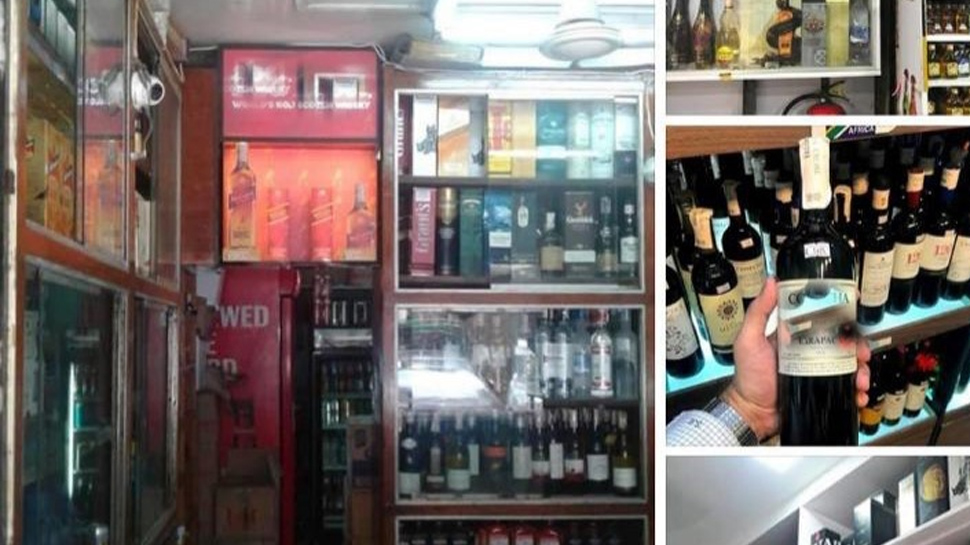 The 468 private liquor shops operating in the city will be shut from August 1 as the term of their licences and that of the new excise policy expire on July 31.

New Delhi: Delhi is staring at a major liquor shortage in the coming days with private wine and beer stores going to shut shop from August 1 after Kejriwal government’s decision to withdraw it’s new Excise policy 20221-22. The 468 private liquor shops operating in the city will be shut from August 1 as the term of their licences and that of the new excise policy expire on July 31.

Hence, the private liquor stores across the city on Saturday offered heavy discounts and schemes like one plus one free and one plus two free to sell their remaining stock.

With new policy gone, the excise licences issued to hotels, clubs and restaurants having bars, and wholesale operations will also become redundant apart from private run liquor stores in the city.

It means, there will be virtually no liquor supply from the wholesalers to the entire hospitality sector and retail vends in the city after July 31, till some alternate arrangements are made by the government, liquor trade experts claimed.

Deputy Chief Minister Manish Sisodia earlier on the day said that Delhi government has withdrawn the new excise policy and directed for selling liquor from government run stores only.

He said that the Chief Secretary has been asked to ensure that there is no chaos in the city during the transition period before opening of government liquor stores and also for keeping check on sale of illegal alcohol.

No response was available from Delhi government or its Excise department about the arrangements being made to ensure liquor supply in the city after withdrawal of new excise policy.

President of National Restaurants Association of India (NRAI) Kabir Suri said that there was “lack of clarity” over the emerging situation and things will be clearer only with further instructions from the Delhi government.

Excise Policy 2021-22 extended twice before for two months each after April, will come to an end on July 31 as Delhi government has decided to go back to old excise regime and run liquor stores for coming six months.

The major shift, following a CBI probe recommended by Lt Governor into alleged violations of rules and procedural lapses in implementation of Excise Policy 2021-22, is also feared to disrupt entire supply chain of liquor in the city.

It will be second time within any year as the city is staring at a liquor shortage. For thee weeks before new excise came into operation of private run liquor vends from November 17, 2021, there was shortage of alcohol in Delhi as government run stores and individual licensees were quitting retail business.

With the government taking back new excise policy, the booz lovers in the city were given rebates and special offers like one plus on and one plus two free by private vends for one last time in the city

“The shop is going to close and we are selling out the stock. We have started offer of buy one get 2 free on all kinds of liquor and beer to dispose off stocks,” said a liquor vend employee in Laxmi Nagar.

Under new excise policy, licences for 849 retail vends were issued through open bidding by Excise department last year. Currently 468 liquor stores are running in the city that will quit business from August 1 rendering thousands of their employees jobless.

“Almost all the stock at the shop was sold. The shop will close and the workers here will loose their jobs now. Thousands of such other workers at private vends will similarly become unemployed,” said a liquor vend employee in the INA market.

An official document from Finance department has directed the Excise Commissioner to coordinate with heads of four corporations of Delhi government for details of liquor vends operated by them before the new Excise Policy (2021-22) came into effect from November 17, 2021.

The four corporations-DSIIDC, DTTDC, DCCWS and DSCSC- were running majority of liquor stores in the city before the Excise Policy 2021-22 came into being with Delhi government quitting retail sale of liquor.

The four government corporations ran 475 liquor stores out of total 864 in Delhi under the old excise policy regime. The private stores, licences held by individuals, numbered 389