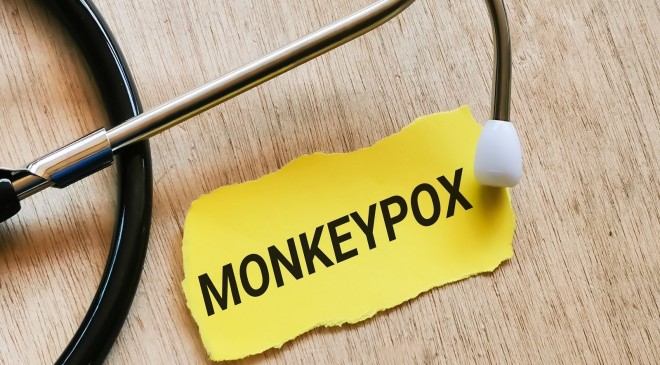 Eight cases of the monkeypox disease have been detected in India so far, of which, five have foreign travel history, the Minister of Health and Family Welfare Mansukh Madaviya said.

New Delhi: Eight cases of monkeypox have been reported so far in India and a national task force has been set up to monitor the development of diagnostics and vaccines, Health Minister Mansukh Madaviya said on Tuesday. Replying to queries in Rajya Sabha during Question Hour, he informed the members about the various steps being taken to prevent the spread of the disease, and to develop testing kits and vaccines.

Also Read : Monkeypox in India: What You Should Know

To date eight cases of the disease have been detected in India, out of which five have foreign travel history, the Minister of Health and Family Welfare said.

The Indian Council of Medical Research (ICMR) has successfully isolated the monkeypox virus and an expression of interest has been floated for research institutions, vaccine and diagnostic kits manufacturers in India to take the virus strain for further research to develop a vaccine in the country, he added.

The minister was replying to a supplementary question.

In a written reply to a question on measures and preventive action initiated by the government, the minister said, “A national task force on monkeypox disease has been constituted to monitor the development of diagnostics and vaccines for the management of monkeypox disease.”

Airport and port health officers have been instructed to remain vigilant and undertake rigorous health screening of incoming international passengers.

The minister said the National Institute of Virology, Pune under ICMR has been designated as a referral laboratory for testing suspected cases. In addition, 15 other ICMR-VRDL (Viral Research and Diagnostic Laboratory) network laboratories have been optimised to undertake diagnostic testing for monkeypox disease.

He said central teams have been deployed, on the detection of confirmed cases, to the affected districts to assist in control and containment efforts by state authorities.

In response to another supplementary question, Mandaviya said the government has relied on the experience of tackling COVID-19, to be alert and prepared in advance to prevent the spread of any disease.

He said when the disease was first reported globally in May, India had already started preparing to tackle it.

While the first case in India was reported from Kerala on July 14, the minister said much before that on May 1, 2022 the Centre had given guidelines to all states, and not just for international airports, on surveillance mechanism and contact tracing, how to collect samples from suspected cases and sending it to recognised laboratories for testing.

With the disease spreading only through close and deep contacts, he said no specific community is at risk and the government has taken up steps to create awareness about common symptoms, reporting of suspected cases, and prevention from the disease.

Mandaviya said WHO has reported 18,000 confirmed cases of monkeypox globally from 78 countries and five deaths till July 27, 2022.