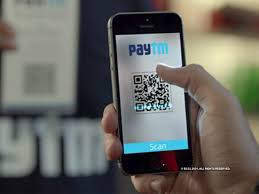 Paytm Down: Paytm users had to face a harrowing time on August 5, Friday as the digital wallet app went down for many users while they were making transactions through the application. Taking to Twitter, people narrated their grievances. “@Paytm even after many first transactions, sometimes we are getting 5000 rs first transaction in UPI error message,” a social media user wrote. According to DownDetector, the app received around 611 reports till 10 AM.

Responding to people’s ordeal, Paytm in a statement said, “Due to a network error across Paytm, a few of you might be facing an issue in logging into the Paytm Money App/website. We are already working on fixing the issue at the earliest. We will update you as soon as it is resolved.”

Many of the traders also sought compensation for the loss they suffered in the F&O (Futures and Options) due to the crash of Paytm Money during the market time.

Acknowledging their issues, the firm said in a tweet, “We understand that few of our Trading & F&O users would have faced real issues with their trades & positions. In our continued efforts to always have your back & to be fair & transparent, we request you write to us over email at [email protected] with your concerns.”

“We did have an issue and we would sincerely like to help. We are working hard to ensure such external issues do not reoccur. Thank you again for your support,” Paytm added.