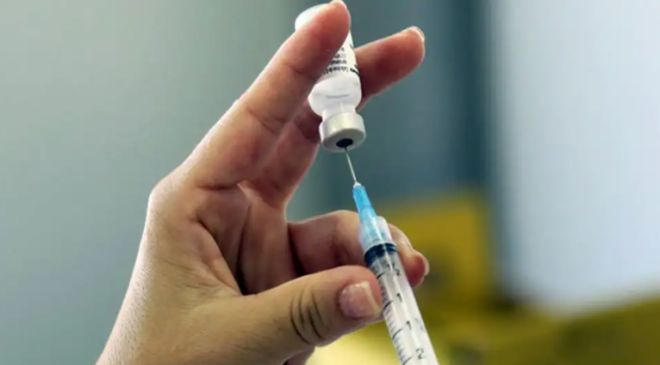 Bharat Biotech’s first-of-its-kind needle-free intranasal vaccine for Covid-19 received emergency use authorization from the Drugs Controller General of India (DCGI) on Tuesday, boosting the country’s arsenal of vaccines against the virus.

The regulator approved the vaccine for primary immunisation of those aged 18 years and above, for restricted use in emergency situations, Union health minister Mansukh Mandaviya tweeted.

Bharat Biotech has said its Covid-19 intranasal vaccine, BBV154, has proven to be safe, well-tolerated, and immunogenic in subjects in controlled clinical trials phase III. The vaccine candidate was evaluated earlier in phase I and II clinical trials with successful results.

Bharat Biotech chairman and managing director Krishna Ella had recently said that the firm completed clinical trials of the nasal vaccine with about 4,000 volunteers and there is no single instance of side effect or adverse reaction reported so far.

Bharat Biotech’s nasal vaccine uses a chimpanzee cold virus to deliver a harmless copy of the coronavirus spike protein to the lining of the nose. It has been specifically formulated to allow intranasal delivery and has been developed in partnership with Washington University St Louis, which had designed and developed the recombinant adenoviral vectored constructs and evaluated them in preclinical studies for efficacy.

The DCGI had earlier given its nod to conduct clinical trials for Bharat Biotech’s intranasal vaccine as a booster dose. The drug regulator had also permitted the firm to conduct a phase 3 clinical trial to compare the immunogenicity and safety of BBV154 (intranasal) with Covaxin.

Two separate and simultaneous clinical trials were conducted to evaluate BBV154 as a primary dose (2-dose) schedule and a heterologous booster dose for subjects who have previously received two doses of the two commonly administered Covid vaccines in India.

How are Nasal Vaccines Different?

It’s hard for a shot in the arm to form lots of virus-fighting antibodies inside the nose where the coronavirus latches on. But a nasal vaccine might offer a new strategy to prevent infections that disrupt people’s everyday lives even if they’re mild.

An article published in Scientific American in March last year had urged developing nasal spray vaccines because they have an immediate effect on the virus in an infected person’s mucus. There they trigger production of an antibody known as immunoglobulin A, which can block infection. “This overwhelming response, called sterilising immunity, reduces the chance that people will pass on the virus,” said the article.

Researcher Nathalie Mielcarek, who is working with the Lille Pasteur Institute to develop a nasal spray vaccine against whooping cough, says stimulating immunity directly in the nose “lowers the risk of infecting other people”.

“From there you have less of the virus infecting the lungs and so fewer severe cases since the viral load is lower,” she adds.

India’s inoculation drive so far has been dominated by Covishield, a domestically produced version of the AstraZeneca Covid-19 shot by Serum Institute of India, and Bharat Biotech’s inactivated vaccine Covaxin, both administered through injections.

But the nasal vaccine could be a game-changer in the quest to quell the pandemic. According to Bharat Biotech, the intranasal vaccine has the following advantages:

An article published by Gavi the Vaccine Alliance has noted other advantages, including the fact that the sprays don’t need refrigeration and don’t need to be administered by health professionals. “People would be able to self-administer them at home,” the article says, adding “they are likely to be more popular for the millions of people who don’t like needles”.

India has so far administered more than 2 billion Covid-19 vaccine shots, including 113 million boosters. The government says about 89% of Indians above the age of 12 have had two doses. Some 80% of the inoculations have been Covishield vaccine and others include domestically developed Covaxin and Corbevax, and Russia’s Sputnik V.

On Tuesday, the country saw a single-day rise of 4,417 new coronavirus infections, the lowest in last three months. Active Covid-19 cases across India further declined to 52,336, while the death toll climbed to 5,28,030 with 23 fatalities, including one death reconciled by Kerala.