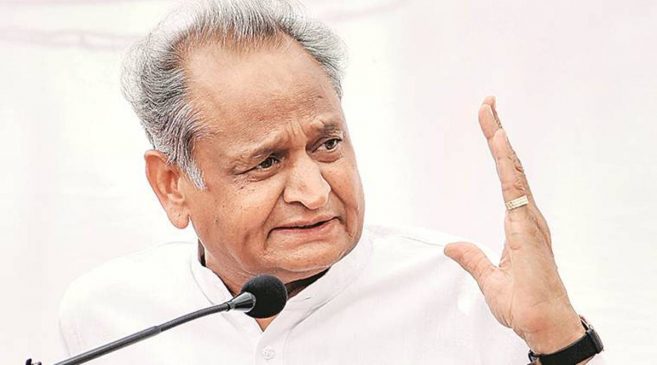 The Reserve Bank of India (RBI) recently highlighted that there are five states in the country whose debts are high and that corrective measures should be taken by the respective governments. These five states are Punjab, Rajasthan, Bihar, Kerala, and West Bengal.

Business Today reached out to Rajasthan Chief Minister Ashok Gehlot to understand the situation of the state’s economy, and the policy initiatives that are being taken by the government to bring down the deficit and attract investment.

Rajasthan has one of the highest gross fiscal deficits in India. What steps are you taking to improve the state’s financial health?

The fiscal deficit of the state in the year 2020-21 was 5.86 percent of GSDP. With efficient financial management, it is now expected to be around 4 percent as per the monthly accounts of 2021-22. As per the revised estimates for 2021-22, it is expected to be 5.18 per cent. Additional resource mobilisation is being done by the government to increase the state’s income. Besides this, necessary action is being taken to rationalise the expenses.

Based on the RBI report, an article was published in the newspapers in which the state’s financial position was shown in a negative manner. However, from the facts and details there, it is clear that the economy of the state is progressing incrementally on the growth path. The RBI had clearly pointed out that the views expressed by the authors were their point of view.

What is your view on GST compensation?

As a result of the change in the taxation system, constitutional provisions were made through the 101st Constitutional Amendment Bill to provide GST compensation in the transition period till the states come into a situation of steady income growth. The state’s economy did not get expected steady growth in the situation of a worldwide economic slump due to the corona pandemic. Therefore, the period of providing GST compensation should be extended by 5 years to June 2027 instead of the present June 2022.

How is Rajasthan attracting investment for growth?

What are the policy reforms you have taken to stabilise Rajasthan’s financial health?

To ensure incremental growth of the state’s economy, the state government in 2021-22 spent more than approximately Rs 24,000 crore in infrastructure – 58 percent higher than what was made last year. The government, to increase its revenue, is active with measures like analysing the data, effective monitoring of taxpayers, enforcement activities, checking the returns, capacity building etc. The proposed RIPS 2022 will also attract more investment and revenue.

5. What kind of support you are looking for from the Centre?

Looking at the current situation, the scheduled date of June 2022 for GST compensation should be extended to 2027. The revenue deficit grant should be continued for the next three years till 2024-25. Based on the actual calculation, this grant should be made available in the coming year. Additional excise duty and cess & surcharges, which are currently not part of the tax divisible pool, should be included so that the states can get their fair share in the share in central taxes.

The Centre should make the central share 75 and 90 per cent as earlier in the centrally-sponsored scheme. The cost of service delivery is comparatively high in a state like Rajasthan due to its tough and remote geographical conditions, so the central share in the important scheme such as Jal Jeevan Mission (JJM) from the current 50 per cent should be increased to 90 per cent.

RBI has flagged indiscriminate guarantees by the state govt to state entities as one of the financial risks. Do you agree with it?

How are you trying to bring down the fiscal deficit of Rajasthan?

Additional resource mobilisation is being done by the state government to increase the state’s income. Besides this, necessary action is being taken to rationalise the expenditures as the result as per the monthly accounts of 2021-22, the fiscal deficit has reduced by Rs 11,000 crore compared to the last year.