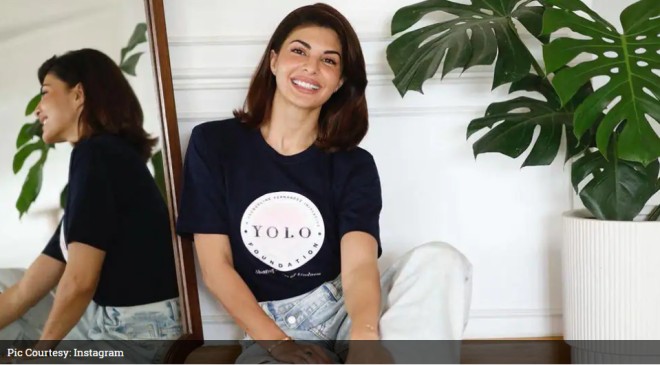 Reportedly, Jacqueline Fernandez told her friends that Sukesh was ‘the man of her dreams’ whom she wanted to marry.

Jacqueline Fernanzed has landed in legal trouble over her alleged involvement in Rs 200 crore extortion case which also involves conman Sukesh Chandrasekhar. The Bollywood actress has been quizzed by ED and the Delhi Police multiple times in connection to the case. Now, it has been reported that Jacqueline was even planning to marry sukesh and considered him the ‘man of her dreams’.

According to a Free Press Journal report, a senior official with the EOW that questioned Jacqueline has claimed that even though the Bachchan Pandey actress was advised by her co-stars to be cautious of Sukesh, she did not listen to them. “She was advised by her co-stars to be wary of Sukesh but she continued meeting him and accepting expensive gifts like cars and pedigree pets,” the officer said.

“There is more trouble for Jacqueline Fernandez as she did not cut ties with Sukesh Chandrasekhar even after knowing his criminal antecedents. But Nora Fatehi did disconnect herself once she suspected that something is fishy,” the Special Commissioner of Police – EOW, Ravinder Yadav said while speaking to ANI.

As reported by India Today, Jacqueline had even told her friends that Sukesh was ‘the man of her dreams’ whom she wanted to marry.

Just a few days back, it was also reported that Jacqueline overlooked Sukesh’s criminal charges. A chargesheet filed by ED claimed that the actress’ family and friends were also ‘benefitted’ from her alleged relationship with Sukesh. “Jacqueline Fernandez was well aware about the criminal antecedents of Sukesh Chandrashekhar and also the fact that Leena Maria Paul is his wife in February 2021. She consciously chose to overlook his criminal past and continued to indulge in financial transactions with him,” the chargesheet read.

For the unversed, Jacqueline Fernandez landed in legal trouble after Enforcement Directorate named her as an accused in Rs 215 crore extortion case which also involves conman Sukesh Chandrasekhar. The central agency believes that Jacqueline was aware of conman Sukesh being an extortionist.

Meanwhile, on the work front, Jacqueline will be next seen in Ram Setu along with Akshay Kumar, Nushrratt Bharuccha, and Satya Dev in Ram Setu. Directed by Abhishek Sharma, the film is slated to hit theatres on October 24 this year. Besides this, Jacqueline also has Rohit Shetty’s Cirkus in her pipeline. The film which also stars Ranveer Singh and Pooja Hegde, will be released in the month of December this year.