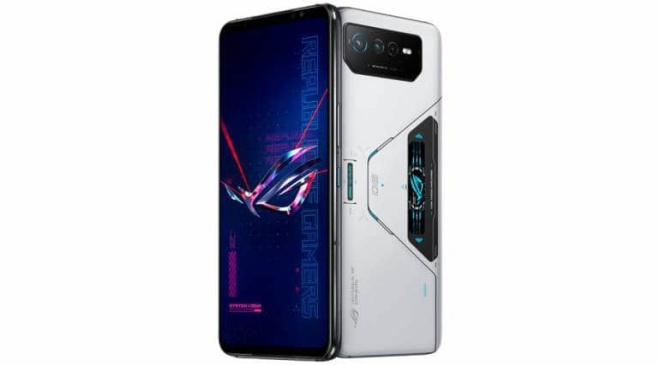 Asus ROG Phone gets a new series this week, with the launch of the ROG Phone 6D and the 6D Ultimate gaming smartphones. Asus is powering these devices with the flagship MediaTek Dimensity chipset, which is a bold call from the brand, especially by not choosing the latest Snapdragon 8 Gen 1 chipset.

The gaming lineup sees these new additions with the new hardware while other features have been picked up from the ROG Phone 6 that came out earlier in the year.

Like we said, Asus isn’t changing the features by a lot for the new ROG Phone 6 models. Both the smartphones come with a 678-inch Full-HD+ custom AMOLED display with 165Hz refresh rate and 720Hz touch sampling rate. Both the phones get 2.5D curved glass with Corning Gorilla Glass Victus protection.

The smartphones also come with Asus cooling system, which the company claims to reduce the temperatures by up to 10 degree Celsius. The ROG Phone 6D series comes with a 6,000mAh battery with support for 65W fast charging.

The biggest upgrade with ROG Phone 6D Ultimate is the pairing with an AeroActive Portal which sits at the back of the phone. Asus claims with this unit the ROG Phone 6D Ultimate has a better cooling mechanism in place which delivers sustained performance like never before. The AeroActive Cooler 6 will be separately available for 89 pounds (Rs 8,000 approx) in the market.

The camera setup on these two phones is also the same. You get them with a primary 50-megapixel Sony IMX766 main sensor, a 13-megapixel ultra-wide angle lens, and a 5-megapixel macro lens. Up front, it has a 12-megapixel camera.