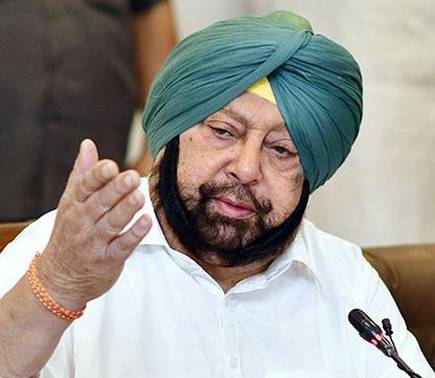 Former Punjab CM Captain Amarinder Singh is all set to join BJP today, and is most likely merge his party Punjab Lok Congress (PLC) with BJP itself.

New Delhi: Former chief minister and Punjab Lok Congress chief Amarinder Singh is likely to join the BJP on Monday in presence of its senior leaders.

The 80-year-old Singh will also merge his newly formed Punjab Lok Congress (PLC) with the BJP.

Singh had floated the PLC last year after quitting the Congress following his unceremonious exit as chief minister.

The PLC contested the elections in alliance with the BJP and the Sukhdev Singh Dhindsa-led Shiromani Akali Dal (Sanyuk).

However, none of its candidates could register a win, with Singh himself losing from his home turf of Patiala Urban.

Singh will join the BJP in the presence of its senior leaders in Delhi on Monday, PLC spokesperson Pritpal Singh Baliawal had said.

After his meeting with Shah on September 12, Singh said he held a very productive discussion on various issues related to national security, rising cases of narco-terrorism in Punjab and the future roadmap for the state’s overall holistic development.

The two-time former chief minister is the scion of the erstwhile Patiala royal family.