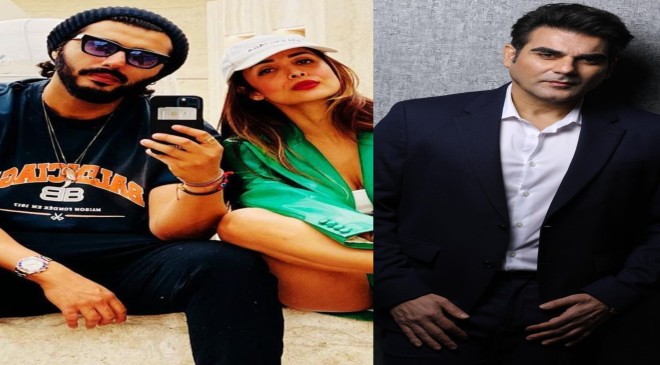 If a new report is to be believed, Malaika Arora has roped in her ex-husband Arbaaz Khan and her current beau Arjun Kapoor for her upcoming show with Amrita Arora. For the unversed, Malaika and Amrita will be seen heading their own reality show titled Arora sisters. While fans will get a chance to see a closer look at the sisters’ lives, it seems like Malaika is letting fans in on her bond with Arbaaz and Arjun.

A report by Pinkvilla claimed that Arbaaz Khan and Arjun Kapoor will be starring in the show. However, they will not be together. The outlet’s source said that the actors will appear in separate episodes of the series. Close family members and friends of the actress are also reportedly appearing on the show. The publication added that the reality show is set to stream on Disney+ Hotstar.

Malaika and Arbaaz Malaika Arora and Arbaaz Khan tied the knot in the year 1998. They were together for over 18 years but announced their separation in March 2016. Post this, in May 2017, the former duo officially got divorced. They are now co-parenting their son Arhaan. They reunite from time to time to bond with their son. They were recently seen at the airport, bidding Arhaan farewell as he left for his higher education.

Meanwhile, the Chaiyya Chaiyya star has been dating Arjun Kapoor for a few years now. They made their relationship official in 2019 when they stepped out together at the premiere of Arjun’s film India’s Most Wanted. Ever since they’ve not been shying away from sharing posts about each other and dropping flirty comments on each other’s Instagram posts.

Arbaaz has also moved on from Malaika. The actor-director is currently in a relationship with Italian model Giorgia Andriani. However, unlike Malaika and Arjun, he has kept his relationship private.