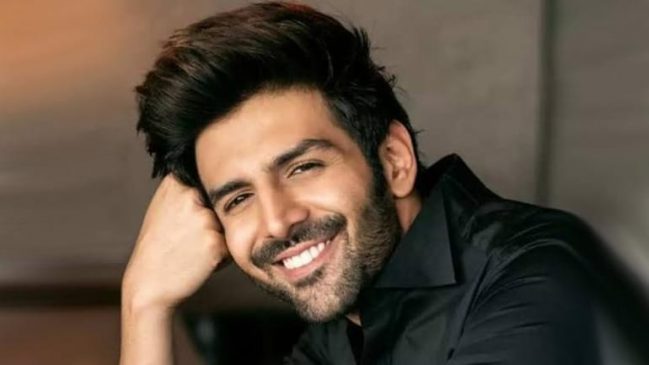 Internet users called Kartik Aaryan “the most humble and down-to-earth” actor for the way he greeted all the passengers on the flight.

Actor Kartik Aaryan was recently spotted travelling from Jodhpur to Mumbai in an IndiGo economy class flight. A video going viral on social media showed the Bhool Bhulaiya 2 actor receiving a warm welcome from surprised passengers on board. In the clip, he seemed comfortable in the aisle seat and kept flashing his smile for all, as a few of them clicked selfies with him.

Watch the video below:

In another clip, Mr Aaryan was also spotted eating instant noodles inside the aircraft.

The videos are winning hearts on the internet. Social media users flooded the comment section and called Kartik Aaryan “the most humble and down-to-earth” actor for the way he greeted all the passengers on the flight.

One user wrote, “Sorry by i got tears in my eyes man. Just look at this video. You have gained so much fame, so much stardom this year, but you always remain so humble, so down to earth always. SUPERSTAR KARTIK AARYAN ruling hearts of people of every age group.”

Another said, “Most humble star in Bollywood who feels proud to be among his people.” A third commented, “He is winning hearts every single day by his gesture. Great,” while a fourth added, “He’s too humble.. his simplicity is attracting everyone from every age group”.

Meanwhile, this is not the first time Mr Aaryan was seen travelling from economy class. Earlier this year, a reel video of him had gone viral in which he was seen travelling in the same class. When netizens questioned him why he hadn’t travelled from a business class, he jokingly said, “Tickets were too expensive”.

On the work front, Kartik Aaryan will be next seen in director Rohit Dhawan’s upcoming movie Shehzada alongside Kriti Sanon. The film is slated to release in February 2023.