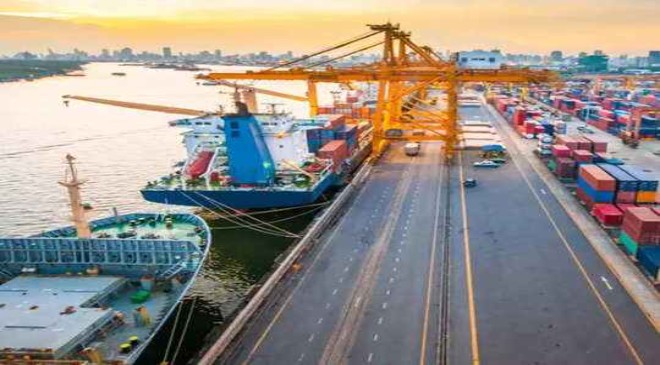 New Delhi: The Enforcement Directorate on Thursday said it has attached assets worth Rs 2,747.69 crore in ABG Shipyard Limited case. The attached assets include shipyards at Surat and Dahej, agricultural lands and plots, various commercial and residential premises in Gujarat and Maharashtra and bank accounts owned by ABG Shipyard, its group companies and other related entities.

On Wednesday, the Central Bureau of Investigation (CBI) arrested ABG Shipyard’s founder-chairman Rishi Agarwal in the Rs 22,842-crore bank fraud case. The shipbuilding company had formed a web of transactions to cheat a consortium of 28 banks – including State Bank of India (SBI), IDBI and ICICI — to the tune of Rs 22,842 crore in between 2012 and 2017.

The ED has begun money laundering investigation on the basis of the FIR dated February 7, 2022 registered by Central Bureau of Investigation (CBI), AC-V, Delhi against ABG Shipyard Limited and others.

In its probe, the agency found that the company and its Chairman and Managing Director Rishi Kamlesh Agarwal availed various credit facilities/loans from consortium of Banks led by ICICI Bank, Mumbai on pretext of meeting its capital requirements and other business expenses.

ABG Shipyard, however, misappropriated the credit facilities availed from the consortium and diverted the funds for the purposes other than its actual cause in the garb of various loans/advances/investments etc. to various related entities incorporated in India and abroad.

This eventually caused monetary loss to the tune of Rs 22,842 crore to the consortium. Further investigation is in progress.

What is the loan fraud about?

Gujarat-based ABG Shipyard, once known as a powerhouse in shipbuilding, is now behind India’s ‘biggest bank fraud’. ABG Shipyard Ltd, the flagship company of the ABG Group, incorporated in the year 1985, is accused of defrauding 28 banks (the consortium is led by SBI) to the tune of 23,000 crore (Rs 22,842 to be precise).

According to CBI’s statement in the case, the shipbuilding firm availed loans since 2005, but the account turned NPA in 2013, owing to non-payment of dues. The company fell prey to the global financial crisis of 2008, leading to it becoming a non-performing asset.