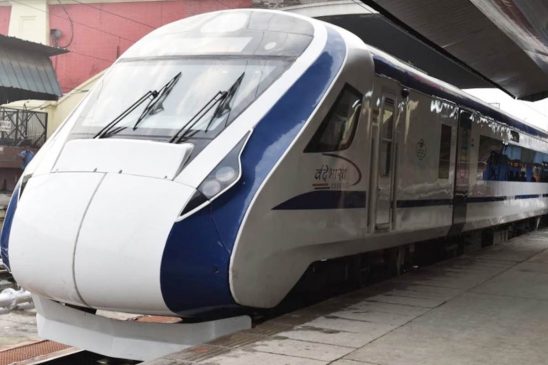 Union Railway Minister Ashwini Vaishnaw inspected the Vande Bharat trains to be manufactured at the Integral Coach Factory (ICF) in Chennai a few weeks ago. After inspection, he turned them over to the Lucknow-based Research Designs and Standards Organization (RDSO), the R&D arm of the Railway. The trains will be examined by the RDSO, and if it is satisfied, it will grant safety clearance, allowing the trains to roll out.

The Indian Railways is aiming to run 75 new Vande Bharat trains by August 15 next year. Therefore, the construction of these trains has been expedited as the target of the Railways is that seven to eight trains should be ready every month. But looking at the pace, it seems that the rolling of the trains may get delayed. IANS tried to speak to the Railway officials and also sent queries to the Integral Coach Factory in Chennai over the seeming delay in the project but in vain.

According to Indian Railways, some new technology and upgradation are being done in every new Vande Bharat train, due to which gradually the cost is also increasing. The construction cost of a 16-coach Vande Bharat train has reached around Rs 110 crore-Rs 120 crore, whereas it was started at the cost of 106 crore. The ICF is planning to manufacture around 10 trains every month.

A decision was taken to make Vande Bharat on the lines of Make in India, but even after investing crores of rupees, Vande Bharat has not yet gained the expected momentum. It is being said that many times the tender process was stalled.

With inputs from IANS