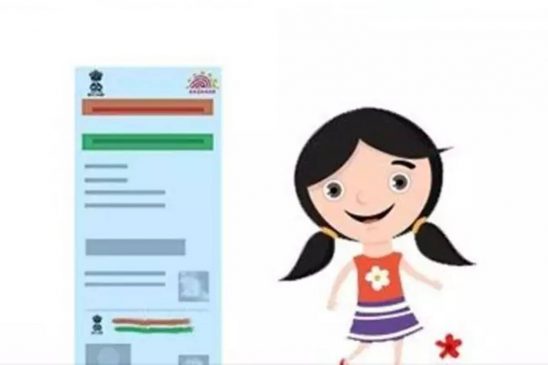 Just like Aadhaar Cards, the Indian government has launched separate identity cards for children aged below 5 called ‘Blue Aadhaar Cards’. The Aadhaar card consists of 12 digits which is a unique identification number and it is for citizens to have one too important to avail of any services from banks, public-private financial institutions, and other civic institutes.

Similarly, a ‘Blue Aadhaar Card’ is provided to children as it consists of information about the child and can be used to get the child enrolled in institutions. However, unlike the regular Aadhaar card will be marked as invalid once the child will cross 5 years of his age.

Here you can read everything you need to know to get a Blue Aadhaar Card for your child.

How to get a Blue- Aadhaar card?

For getting a ‘Baal Aadhar Card’ the parents of the child will have to fill out an application form and register. After the registration supporting documents like proof of identity address proof, and date of birth certificate of the child will be required.

Visit the Aadhaar card enrollment centre with your child and all the necessary documents. Fill out the application form to register.

Then, Parents will need to provide a phone number for the issue of a Blue Aadhaar card for the child.

A photo of the child will be required which will be clicked at the enrollment centre itself.

After verification of the documents, the parents of the child will receive a text message confirming the same.

A Blue Aadhaar card will be issued for the child within 60 days of completion of the verification.

Read More: THIS bank permanently shutting down business from today: Got an a/c here? Know what happens to your money