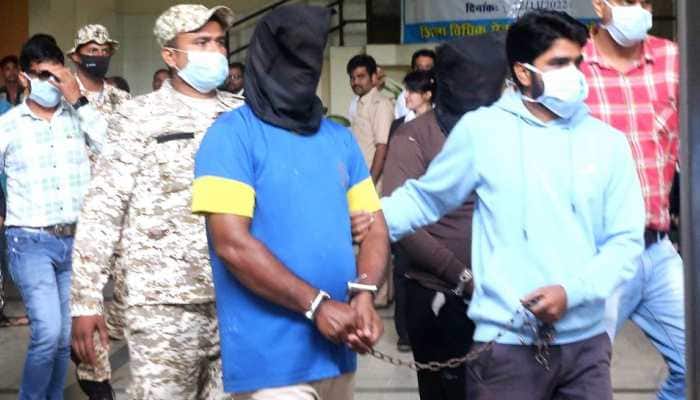 Lucknow (Uttar Pradesh):  Popular Front of India (PFI), its office bearers, members and affiliates in Kerala encouraged vulnerable youths to join terrorist organisations including Lashkar-e-Taiba (LeT), Islamic State of Iraq and Syria (ISIS) or Daesh and Al-Qaida and also conspired to establish Islamic rule in India by committing a terrorist act, reveals NIA remand copy submitted before a special court in Kerala. The Central agency also accused the PFI’s members and cadres operating from Kerala to conspire to indulge in “unlawful activities by creating enmity between members of different religions and groups, prejudicial to maintenance of harmony, with the intention to disrupt public tranquillity and cause disaffection against India”.The revelations came in an application for judicial remand of the accused Karamana Ashraf Moulavi, national in charge of PFI`s Education Wing, and others. The case is being investigated by the NIA’s Kochi branch.

“The brief facts of the case is that the PFI, its office bearers, members and affiliates in Kerala have conspired to indulge in Unlawful Activities, by creating enmity between members of different religions and groups, prejudicial to maintenance of harmony, with an intention to disrupt public tranquillity and cause disaffection against India, propagating alternative justice delivery system justifying the use of criminal force causing alarm and fear amongst the general public, encourages vulnerable youths to join terrorist organisation including Lashkar-e-Taiba (LeT), Islamic State of Iraq and Syria (ISIS)/Daesh and Al-Qaida and also conspired to establish Islamic rule in India by committing a terrorist act as a part of violent jihad,” reads the remand copy. As per NIA, the PFI also spreads “dis-affection against India by wrongful interpretation of government policies to the particular section of people to create hatred against the state and its machineries”.

Meanwhile, stepping up the crackdown on the Popular Front of India, the Uttar Pradesh Anti-Terror Squad arrested six members of the organisation from two different towns and recovered “objectionable literature” among other materials from them, said the ATS on Saturday. Four members of PFI were arrested from Meerut on the intervening night of Friday and Saturday while two others were nabbed in Varanasi during the same period last night. The arrested accused in Meerut were identified as Mohammad Shadab Aziz Qasmi hailing from Shamli, Maulana Sajid (Shamli), Mufti Shahzad (Ghaziabad), Mohammad Islam Qasmi (Muzaffarnagar).

A case under Section- 120B, 121A, 153A, 295A, 109, 505(2) IMD and Section 13(1) (B) Unlawful Activities (Prevention) Act has been registered at the Police Station Kharkhoda in Meerut. Accused named Rizwan Ahmed and Mohammad Shahid were arrested from an overbridge under construction at Kazzakpura railway crossing in Varanasi. A case under sections 121A, 153A, 295A, 109,120B IPC and 13(AB) UAP Act has been registered in Thana Adampur, Varanasi.

The searches were conducted in connection with five cases registered by the NIA following “continued inputs and evidence” that the PFI leaders and cadres were involved in the funding of terrorism and terrorist activities, organising training camps for providing armed training and radicalising people to join banned organisations. A large number of criminal cases have been registered in different states over the last few years against the PFI and its leaders and members for their involvement in many violent acts. Criminal violent acts “carried out” by PFI include chopping off the hand of a college professor, cold-blooded killings of persons associated with organisations espousing other faiths, collection of explosives to target prominent people and places, support to Islamic State and destruction of public property. They have had a demonstrative effect of striking terror in the minds of the citizens.