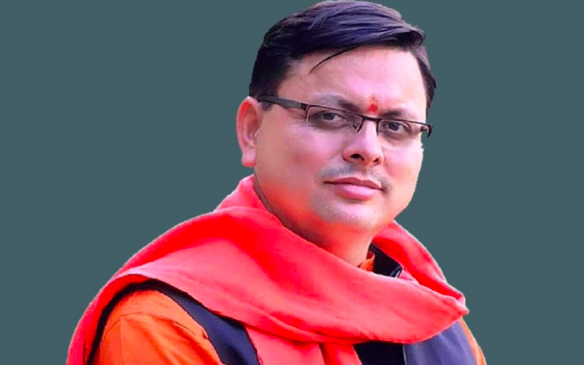 Dehradun: Uttarakhand chief minister Pushkar Singh Dhami on Saturday confirmed that he has given instructions to all state departments to rename all the symbols of British slavery in the state. All the departments have been asked to present a report on such names, he added.

While speaking to media, Dhami said that old symbols of slavery in the country are being changed or removed ever since Narendra Modi became the Prime Minister of India.

“In a similar way, I have asked all the concerned departments in Uttarakhand to compile a report on such symbols and submit a report at the earliest. We will change the names of all such places in the state,” he said.

One of the biggest rechristening of historic places in the country came earlier this year when the Central government reconstructed and renamed the old Rajpath in New Delhi as ‘Kartavyapath’ under the Central Vista project.

Meanwhile, the Uttarakhand CM’s comments have come a day after it was reported that the Defence Ministry has sought proposals from the Lansdowne cantonment administration to rename it.

It has also asked the Lansdowne cantonment board to provide the details of all the installations carrying British names in the area.

Lansdowne was founded in 1887 when the first battalion of Garhwal Rifles migrated from Almora to the town. It was given its current name in 1890, 132 years ago, after the then Viceroy of India, Lord Lansdowne, who founded the town.

Prior to that it was known as Kalu Danda which means Black mountain in Garhwali, the local dialect. A proposal sent following the ministry’s instructions puts forward the old name as the replacement.