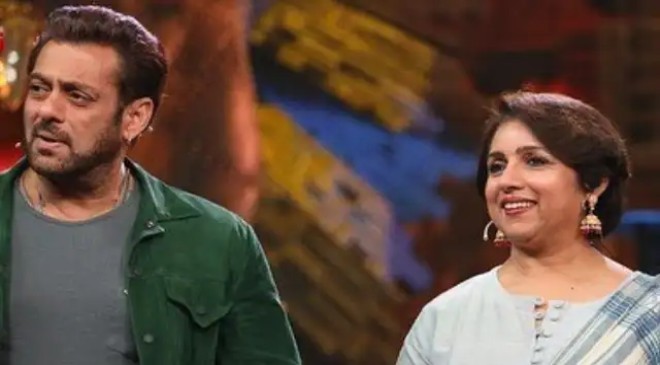 SALMAN KHAN has made his fans excited after announcing the return of his ‘Tiger’ franchise. The movie was earlier scheduled to release in theatres in April 2023, but will now release on Diwali next year. As per the recent updates, Salman will reunite with his ‘Love’ co-star Revathy for Tiger 3.

According to several reports, Revathi will have a pivotal role in Tiger 3. Both Salman and Revathi reunited on Bigg Boss 16 where Revathy promoted her upcoming film ‘Salaam Venky’. The actors revealed that they will be starring together in Tiger 3. However, the details about Revathy’s character have not been revealed yet.

The movie will now release on Diwali 2023. Sharing the new poster and release date, Salman Khan wrote, “Tiger has a new date… Diwali 2023 it is! Celebrate #Tiger3 with #YRF50 only at a big screen near you. Releasing in Hindi, Tamil and Telugu. @katrinakaif | #ManeeshSharma | @yrf”.

Tiger 3 will be directed by Maneesh Sharma and produced by Yash Raj Films. Apart from Salman Khan, the movie also stars Emraan Hashmi and Katrina Kaif.

According to several reports, Shah Rukh Khan will have a cameo in the film and he will reprise his role from ‘Pathaan’.

As per a report by Pinkvilla, Shah Rukh Khan will shoot for about 10 days with Salman Khan. “Much like Pathaan, Shah Rukh Khan also has to shoot for about 10 days with Salman on Tiger 3. It’s a role reversal of sorts in terms of the number of shoot days, but the dynamic of character cameo in both films is diametrically different. While Salman has a chopper-bound entry in Pathaan, a special introduction scene is being designed for SRK in Tiger 3, the details of which have been kept under wraps for now,” a source close to the development was quoted saying by Pinkvilla.