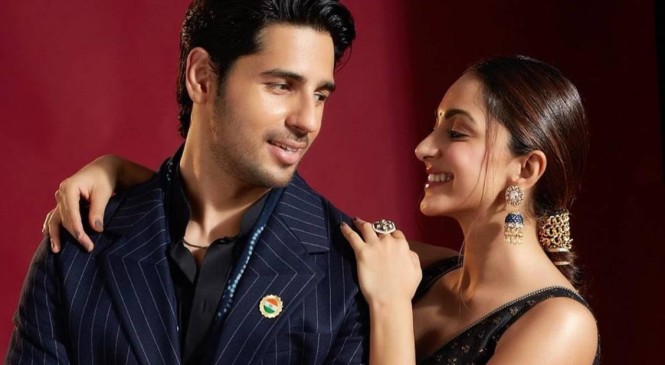 Kiara Advani and Sidharth Malhotra are long rumoured to be getting married soon. However, a close friend of the couple denied the claims.

Kiara Advani and Sidharth Malhotra are rumoured to tie the knot. The actors, who worked together in Shershah, have been subjected to dating and wedding rumours for a while now. There were reports claiming that Kiara and Sid will tie the knot in January. However, an alleged friend of the couple has now denied the claims. Speaking with ETimes, the unnamed insider said Kiara and Sid have not even mentioned about the wedding.

“Kiara and Sid getting married in January? That’s news to me. I don’t think either of the two has mentioned marriage to anyone,” the source claimed. Deeming the speculations as “just another one of those udti Khabar”, the grapevine added, “Right now Kiara is going through her best phase. Like it or not, marriage does brake your career in India. Look at Katrina. She is in her prime. She has just lost a major endorsement deal(Slice) to Kiara.”

Kiara has had a good year at the box office. The actress starred in two of the biggest films this year — Bhool Bhulaiyaa 2 and Jugjugg Jeeyo. Kiara is also gearing up for the release of Govinda Naam Mera alongside Vicky Kaushal and Bhumi Pednekar. She also has Satyaprem Ki Kahani and RC15 in her pipeline.

On the other hand, Sidharth Malhotra was recently seen in Thank God along with Rakul Preet Singh and Ajay Devgn. He will be next seen in Yodha and Rohit Shetty’s web series Mission Majnu.

Previously, Pinkvilla also reported that the Shershaah duo has been scouting wedding locations and have contacted one of the luxurious properties of Chandigarh – The Oberoi Sukhvilas Spa and Resorts. It was also reported that Sidharth and Kiara are also planning for a star-studded reception in Mumbai. Several media reports also suggest that Sidharth and Kiara’s wedding will be a close-knit affair between their family members and friends and no Bollywood celebrity will be invited. However, there is no official confirmation of this so far.