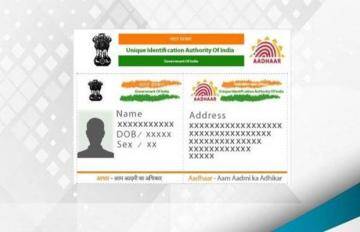 After using the Aadhaar platform for the delivery of government schemes to people, the Unique Identification Authority of India (UIDAI) has extended its e-authentication platform to around 300 fintechs and NBFCs in the last six months for on-boarding of customers, which will drastically reduce their customer acquisition cost, its CEO Saurabh Garg told FE. This has brought down customer acquisition cost from Rs 500-700/person to Rs 3.

Read More: Has your NPS account become inactive? Know how to reactivate it

He said the government would showcase Aadhaar and India Stack during the current G20 presidency, and how it could be used by other countries for their residents and their digital economy. India Stack comprises technology products, including Aadhaar, UPI (an instant payment system), e-Sign, DigiLocker (for e-storage and authentication of documents) and UMANG (to access government services).

India’s digital economy has come a long way since the first Aadhaar was rolled out in September 2010 with 1.35 billion people having unique bio-metric identities.

Transfer of assorted subsidies and sops to the beneficiaries through the Aadhaar-enabled Direct Benefit Transfer (DBT) platform has resulted in a cumulative savings of Rs 2.23 trillion to the government exchequer by plugging leakages between FY15 and FY21.

With 100% coverage, Aadhaar is and will continue to be the basis of that ease of living because of which people can get included in schemes much more easily.

Read More: Bank holidays December 2022: Bank branches to be closed for up to 14 days in the last month of the year; check City-wise list

Currently, the Aadhaar platform is used to deliver 1,100 schemes, including 315 of the central government, to transfer subsidies in cash or kind. This has led to an acceleration in service delivery and better targeting of the beneficiaries ensuring deduplication and plugging of leakage.

“So, all these objectives will be fully met if all the beneficiary-oriented schemes of the Centre and states are onboarded in the Aadhaar-DBT platform. This is one aspect that we will work on,” Garg said.

The second area that UIDAI is looking at was how the private sector can also leverage Aadhaar for better and faster service delivery while ensuring that the privacy and confidentiality requirements are met, Garg said.

“We have more than 300 fintechs and NBFCs which have been on-boarded (for e-KYC of people for their payment services, loans, etc). Earlier, onboarding a new customer for fintech would cost anywhere between 500-700, now it has come down to3 (that UIDAI charges to cover administration cost),” Garg said. It benefits customers as onboarding cost is low while fintechs benefit from assured identity verification.

With India assuming the G20 presidency on Wednesday for a year, the country’s digital growth story would be a key showpiece for the world to adopt.

Many countries from Asia, Africa and Latin America have shown interest in the Aadhaar ecosystem, which uses open-source architecture and technologies. This ensures that costs are reasonable and ownership lies with the implementing countries.

Among other initiatives, Garg said UIDAI will rope in about 15 ethical hackers soon to further strengthen the information security and cyber security of the IT systems as data privacy is a key focus area.