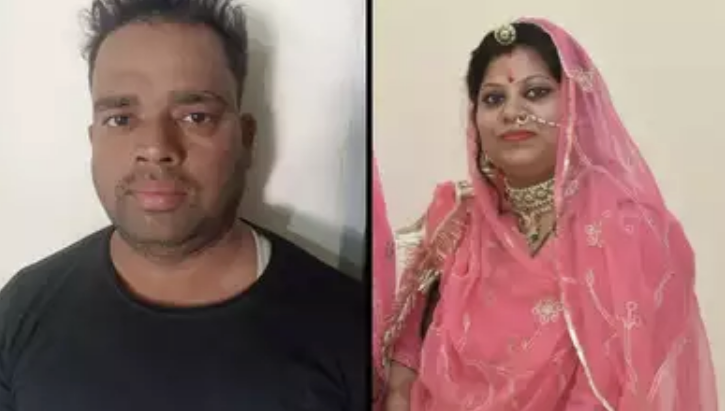 A man in Rajasthan devised a strategy to get his wife out of the way and get her insurance money. On Wednesday, police claimed a guy hired a history sheeter to ram their vehicle into a motorcycle she was riding to receive an insurance payout of Rs. 1.90 crores.

On October 5, police claimed, Shalu and her cousin Raju were on their way to a temple on a motorbike at her husband Mahesh Chand’s request when an SUV hit them at 4.45 am

They added that the lady’s cousin died from her injuries while she was being treated, while the woman passed away at the scene of the incident.

It seemed to be a car collision, and others in her family also had similar suspicions about what had happened. Nonetheless, the police determined that Chand plotted to murder his wife to collect the money from her insurance policy during the investigation.

The officer said the insured amount was Rs. 1 crore for natural death and Rs. 1.90 crores for death in an accident.

Chand had contracted history-sheeter Mukesh Singh Rathore to kill Shalu. Rathore had demanded Rs 10 lakh for the job and was given Rs 5.5 lakh in advance, the police said, adding that Rathore involved other men for this task.

Chand and Shalu married in 2015 and have a daughter together.

But after two years of marriage, arguments broke out, and she moved in with her parents. The police said

Recently, Chand secured insurance for Shalu. Later, according to the authorities, he informed her that to fulfill a wish he had made, she would need to ride a motorbike for 11 days straight to a Hanuman temple without telling anybody where she was going. Moreover, he promised to bring her home once his request was granted.

She allegedly began riding her cousin’s motorcycle to the temple after this.

On October 5, when Shalu and Raju were making their way to the temple, Rathore and three other people chased them in an SUV and struck their motorcycle, according to the police, who added that Chand was riding a motorcycle behind the SUV as he was following it.

They said that after the accident, he returned from the spot. Rathore and two others, including the SUV’s owner, Rakesh Singh, and Sonu, were arrested. Two other accused are absconding, police said.