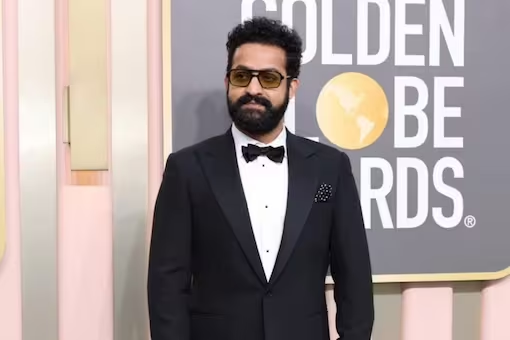 Rajamouli’s RRR, starring Ram Charan and Jr NTR, tells the story of a fearless warrior who comes face to face with a steely cop serving British forces in an epic saga.

Telugu superstar Jr NTR, who played the role of a freedom fighter, Komaram Bheem, in SS Rajamouli’s magnum opus RRR, is one of the top contenders to get a nomination at the Oscars 2023. Jr NTR has been in the global limelight ever since RRR’s wins at the Golden Globes and Critics Choice Awards.

Now, in more good news for the talented actor, the website of the influential American publication ‘USA Today’ has shortlisted Jr NTR as one of the hottest contenders for a Best Actor Oscar, according to news agency IANS.

The website has predicted that Jr NTR’s Komaram Bheem performance in ‘RRR’ will not go unnoticed by the Academy when it gets down to vote for the shortlists for the 95th Academy Awards.

Previously, he was also mentioned by ‘Variety’ among their unranked predictions for the 2023 Academy Awards, and now ‘USA Today’ has predicted that the Man of the Moment will be among the nominees for Best Actor. Here’s how fans are reacting to the news:

Most recently, RRR won the Critics Choice award in the Best Foreign Language Film category. The film also won the Best Song for Naatu Naatu at the awards held in Los Angeles on Monday. Naatu Naatu, the foot-tapping hit from SS Rajamouli’s RRR, was also declared the Best Song (Motion Picture) at the 80th Golden Globes.

Rajamouli’s RRR, starring Ram Charan and Jr NTR, tells the story of a fearless warrior who comes face to face with a steely cop serving British forces in an epic saga set in pre-independent India.

Naatu Naatu has also been shortlisted in the Original Song category for the 95th Academy Awards, and Ram Charan has said that if the film wins the Oscar, he and Jr NTR will probably dance on stage as well. The Telugu track Naatu Naatu is composed by veteran music director MM Keeravani and sung by Kala Bhairava and Rahul Sipligunj.