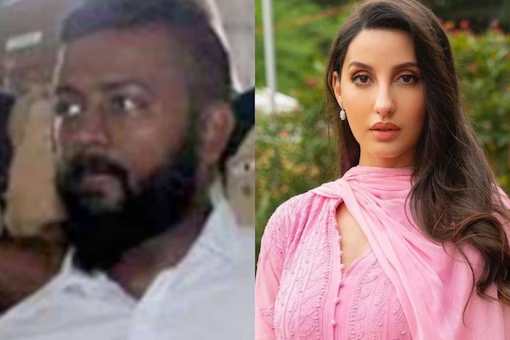 Sukesh Chandrashekhar hits back at Nora Fatehi after she claimed that the conman wanted her to be his girlfriend and in return, he offered her a lavish lifestyle.

Conman Sukesh Chandrashekhar accused Nora Fatehi of buying her house in Morocco with his money. Sukesh, who is the accused in the Rs 215 crore exhortation case, made shocking claims after the actress claimed that he promise to buy her a big house and give her a luxurious lifestyle in return for being his girlfriend. Sukesh claimed that her new claims are untrue and that he was in a serious relationship with Jacqueline Fernandez.

As reported by Hindustan Times, Sukesh claimed, “Today she (Nora) talks about me promising her a house, but she already has taken a large amount from me to purchase a house for her family in Casablanca, Morocco, all these new stories are crafted by her to escape law after ED statement 9 months ago given by her.”

“Nora claims that she did not want a car, or she did not take it for herself is a very big lie, as she was after my life that her car had to be changed, as the ‘CLA’ that she had looked very cheap, so then me and her selected car I gave her, and the chats and screenshots are very well with the ED, so there is no lie at all, in fact I wanted to give her Range rover, but as the car was not available in stock she wanted in urgent, I gave her the BMW S series, which she kept using for a long time, as she was a non- Indian, she asked me to register it on the name of her best friend’s husband Bobby’s name. Me and Nora never had a professional transaction, as she is claiming except for once that she attended an event hosted by my concern foundation, for which official payment was made to her agency,” he added.