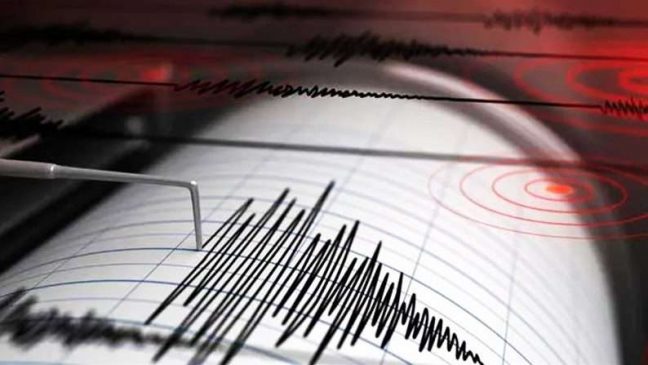 Earthquake Tremors Felt Across Delhi-NCR: Strong earthquake tremors were felt across the Delhi-NCR region on Tuesday afternoon, triggering panic among local residents. However, there are no reports of any damage to life and property so far.

The tremors lasted for almost 10-15 seconds, forcing many people to rush out of their homes and offices in panic. Several users posted videos of ceiling fans and household objects shaking seconds after the tremors were felt in the national capital region.

If social media users are to be believed, the tremors were also felt in Uttarkhand’s capital Deharadun and other districts including Pithorgarh and Almora. However, there are no reports of any damage to life and property so far.

Earlier on January 5, a moderate-intensity earthquake jolted Afghanistan’s Fayzabad after which strong tremors were felt in parts of Pakistan and India, including Delhi and NCR. Panic gripped people as earthquake tremors were felt in the national capital and its surrounding and nearby areas even though it was for a very short duration.

On January 1, an earthquake of magnitude 3.8 hit Haryana’s Jhajjar and strong tremors were felt in Delhi-NCR, according to the National Center for Seismology (NCS), which is the nodal agency of the Government of India for monitoring earthquake activity in the country.