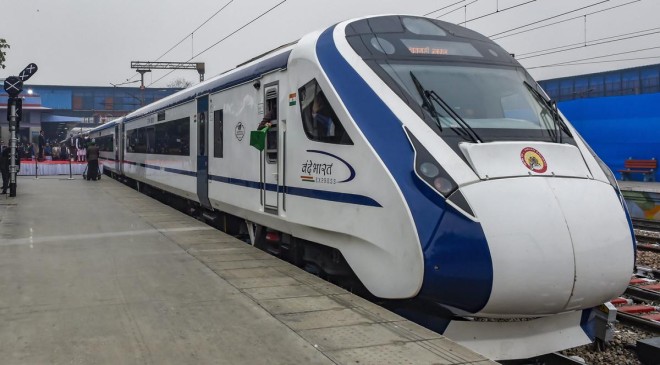 ET Now Swadesh reported that the railway ministry might roll out the train on the pan-India level if the pilot project becomes successful.

Though an official statement is awaited, reports said that the mini Vande Bharat Express will have a 4-5 hour run and cover shorter distances in the small sector.

Meanwhile, the Indian Railways is expected to roll out the sleeper version of the Vande Bharat Express train soon. The aluminum-made sleeper version trains will run at a speed of 200 km per hour on the tracks.

Official said that the chair car Vande Bharat Express trains will be replaced by Shatabdi Express in a phased manner, while the sleeper version is going to be an alternative to Rajdhani Express trains

At present 8 Vande Bharat Express trains are running in the country on below mentioned routes:-