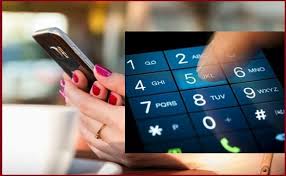 Puducherry down south is experiencing ripple effects of the Supreme Court’s July 4 judgment with regard to allocation of legislative and executive powers between the elected Delhi government and the central government along with the National Capital Territory’s lieutenant governor (LG).

Soon after the order of the Supreme Court’s Constitution Bench was pronounced, Narayanasamy opened a front against the Union Territory’s LG Kiran Bedi. He noted that the judgment fitted perfectly for the Union Territory (UT) of Puducherry also, he said.

Kiran Bedi countered Narayanasamy’s assertion and cited some lines from the Supreme Court’s order to buttress her claim.

However, Narayanasamy rubbished the Puducherry LG’s argument. Talking to India Today, he said, “She (Kiran Bedi) is ignorant about constitutional provisions. She has passed the remark as per her convenience and to suit herself.”

The Puducherry CM also said Kiran Bedi would attract contempt of court if she interfered in the decisions of the state government, including in matters of appointment and posting of officials.

To prove her point, Kiran Bedi had yesterday tweeted citing paragraph 180 of the Supreme Court’s order which said, “As a natural corollary, the Union Territory of Puducherry stands on a different footing from other UTs of Andaman and Nicobar Islands, Daman and Diu, Dadar and Nagar Haveli, Lakshadweep and Chandigarh. However, we may hasten to add that Puducherry cannot be compared with the NCT of Delhi as it is governed by the provisions of Article 239A.”

She said the apex court had made a clear distinction between Delhi as a UT and Puducherry as a UT. “I have read out the relevant five lines of para 180 of the judgment of the Supreme Court in NCT case yesterday which clearly say that Puducherry is different from Delhi. Hence that judgment is only for Delhi,” she added.

But Narayanasamy was not convinced with his LG. He had his own arguments to differ with her.

The Puducherry CM based his argument on Article 239A read along with proviso 1 of Article 240 of the Constitution to lay credence to his contention.

Narayanasamy said the elected government in Puducherry wielded more powers than that in Delhi. He claimed that the Puducherry government had powers regarding services and finance besides land and police.

“Even the president does not have powers in respect to Puducherry. Then how can his representative, that is the LG, claim to have those powers?” he sought to reason.

The Puducherry CM said the dispute between the LG and the elected government was sub judice in Chennai High Court. State’s parliamentary secretary Lakshmi Narayanan had filed a case about four months ago.

Narayanasamy hoped that the Chennai High Court may soon pronounce its order after the Supreme Court’s verdict in the Delhi case.

“However, if the Puducherry LG tries to interfere in our administration, she would attract contempt of court,” he added.

As the Supreme Court’s order has not been successful in ending the dispute between the centre and the Arvind Kejriwal government, it has intensified the ongoing power tussle between LG Kiran Bedi and Chief Minister Narayanasamy in Puducherry.