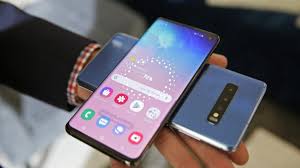 In the hardware market, ‘Made in China’ was once a euphemism for cheap and clunky reproductions of the latest gadgetry. Not anymore.

Chinese manufacturers have set right the perception that they are competitive only in the lower rungs of the value chain. Handset-maker, OnePlus, has dethroned Samsung as the market leader in the premium segment in India.

According to Counterpoint Research, its phones accounted for 40.5 percent of all shipments in the Rs 30,000-plus category in the first quarter of 2018-19. Its market share in the corresponding period last year was only 8.8 percent.

The rise of OnePlus as the king of the premium segment coincides with the launch of its popular flagship, the OnePlus 6. The company has stuck to its strategy of launching only one phone a year. Moreover, it has strengthened its distribution network by partnering with Amazon to sell its phones online, and also retailing through Croma outlets and its own experience stores.

OnePlus has said it will further bolster its presence in India by setting up 10 offline retail stores in the country. An R&D centre to customise devices to meet the demands of Indian customers, is also on the anvil. The company manufactures all its phones in the country. In its conquest of the Indian market, OnePlus has eaten into the share of rivals. Samsung’s share of the premium segment was trimmed by almost 20 percentage points, while Apple’s has shrunk to as low as 13.6 percent.

Apple’s financials were shaky owing to a hike in import duty, offsetting the price drop of older generation iPhones.

At present, the Cupertino-based technology major only manufactures the iPhone SE in India. The government raised import duties on hardware to promote domestic manufacturing. Multinational companies that embraced the ‘Make in India’ programme early on are now reaping the benefits.

Apple’s price-competitiveness has taken a beating. Earlier iterations of its iconic iPhone still retail for prices substantially higher than flagship phones released this year. Moreover, the OnePlus 6 is less than half the price of Samsung’s Galaxy S9 and one third the price of an iPhone X.

The premium segment accounts for only 12 percent of India’s smartphone market by revenue, and 3 percent by volume. OnePlus might have established itself at the top of the pyramid, but it is not the only Chinese company making inroads in the Indian market.

Research by Counterpoint shows Chinese brands account for 57 percent of total handset shipments in the first quarter of 2018-19, up from 53 percent in the year-ago period. This is the highest ever tally for Chinese manufacturers in the Indian market.