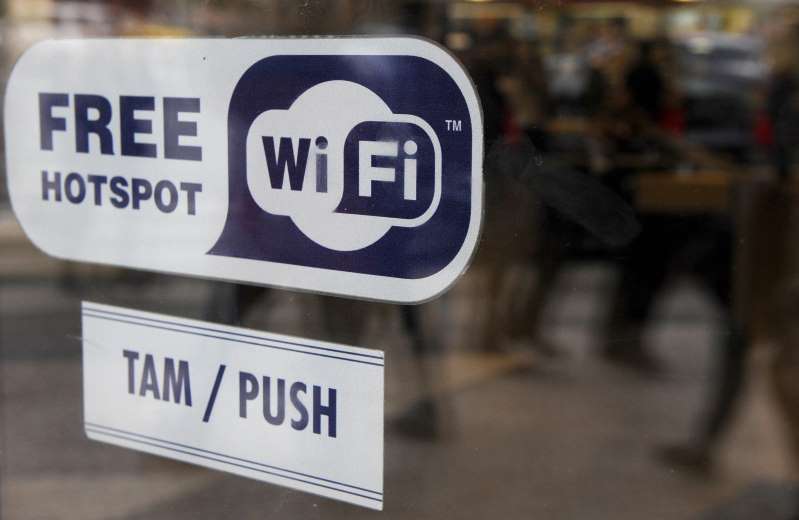 Getting work done on a plane is all too often a case of best-laid plans. Even in the ideal scenario where the Wi-Fi works, numerous factors, from your fellow passengers to tweaks to the routing, can quickly leave you out of luck. Traveloka, the leading travel-booking app in Southeast Asia, has just completed a comprehensive survey of tech-friendly airlines, ranking 50 international carriers based on Wi-Fi availability, speed, cost, and other connectivity features such as in-set outlets and USB ports. According to its findings, the top three airlines to prioritize for in-flight efficiency are Qatar, Emirates, and Delta, in descending order.

Take that with a grain of salt, though.

For starters, the company’s methodology focused only on the top 50 carriers in the world, as ranked by SkyTrax, whose annual list—while authoritative—omits tech-friendly airlines such as United on the basis of other factors, including punctuality and staff friendliness. And while such carriers on the list as JetBlue Airways (No. 5), offer Wi-Fi consistently across a majority of their fleets, others like Eva Air (No. 10) have only Wi-Fi on half their planes. According to a Traveloka spokesperson, working around such limitations provides an accurate picture of the “best-case scenario” on any of these companies.

Expand the data for each of Traveloka’s winners, and you’ll see even more complexities come to light. For one thing, you may notice that British Airways (No. 4) offers the fastest service in the top 10, at 20Mbps. Emirates (No. 2), Etihad (No. 9), and Eva, by comparison, are all under 2Mbps. Not great, when you’re paying upward of $14 per hour and hoping to put out an office fire.

For just that reason, Routehappy by ATPCO, an aviation data insights company that tracks in-flight amenities for every individual aircraft and cabin, has this week overhauled the way it presents its reporting on this topic.

“Airlines don’t see a choice anymore—offering Wi-Fi is a competitive need. The question is more about what you can expect out of your Wi-Fi, rather than if you’ll have it at all,” says Jason Rabinowitz, the company’s director of airline research.

Now, when you search for flights on such engines as Skyscanner or Hipmunk—whose ratings on everything from meals to legroom are powered by Routehappy—you may notice new categorizations for Wi-Fi service. They’ll indicate whether the service quality will be strong enough to merely check emails, support basic web searches, allow faster browsing, or even invite video streaming with services such as Netflix. (The feature will roll out gradually across several of Routehappy’s partner search engines in the coming months.)

“We’re really trying to set expectations for what passengers will be able to do on their specific flights,” explains Rabinowitz. “We want to separate the slow Wi-Fi from the faster and the fastest.” He points to U.S. carriers Jet Blue Airways Corp., United Airlines Inc., Delta Air Lines Inc., and American Airlines Inc. as the most consistent in their offerings.

There’s reason to be optimistic. “Airlines are making so many investments in next-generation Wi-Fi systems now, it’s almost impossible to keep up,” Rabinowitz says. “New satellites are being launched, new systems are more capable, and the connectivity gaps are being filled.”

Among the good news: Improved satellite coverage over Australia and the South Pacific has brought unprecedented in-flight connectivity to Qantas Airways, Air New Zealand Ltd., and Virgin Australia Airlines; technologically enhanced networks by Gogo Inc., British Airways, and Deutsche Lufthansa AG are set to debut before the end of the year, raising speeds from 3G to LTE levels; and even such budget carriers as Spirit Airlines, Inc. and AirAsia Berhad are adding fast Wi-Fi to their otherwise stripped-down list of offerings. If reliable (or reliable-ish) Wi-Fi was previously the domain of U.S. airlines, it’s now becoming a global perk.

Plus, as more satellites are launched, wide “constellations” of coverage emerge, meaning that airlines can use a single network without having to pick and choose where they can offer connectivity. “Those coverage issues are becoming a thing of the past,” Rabinowitz says.