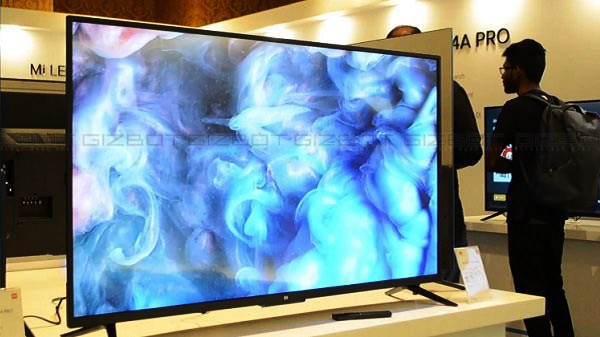 Xiaomi could be launching the Mi TV 4 65-inch variant soon in India, according to a new tweet by the company’s India chief Manu Kumar Jain. The tweet mentions ‘The Bigger Picture’ coming from Mi TV India, suggesting that it could be a larger screen variant than any of the options currently on offer from Xiaomi. For now, the largest screen size available in India for the Mi TV 4 is the 55-inch variant, which retails at Rs. 44,999. Additionally, the company also sells the 55-inch Mi TV 4 Pro, which is priced at Rs. 49,999.

A 65-inch variant would appeal to buyers looking for a larger TV, which is ideal for large rooms and a cinematic experience. Xiaomi’s competitive pricing in the TV segment gives it a significant advantage over brands such as Samsung, Sony, and LG, which have similar size models priced much higher. The 65-inch variant is available in China currently, and comes with a 4K display and smart connectivity. It is priced at CNY 5,999 (roughly Rs. 63,000) in China. Xiaomi India head Manu Kumar Jain teased the new TV launch on Thursday.

While the Xiaomi TV range in India starts at Rs. 12,499 onwards for the 32-inch variant, some of its popular options are larger sizes where the price difference is more pronounced. The 65-inch variant could be priced at around Rs. 60,000 or less, when it is launched. There is currently no timeline on when the new TV will be launched in India, but it’s likely to be launched soon.

Xiaomi recently slashed the prices of some of its more affordable TVs, thanks to a reduction in GST rates that has had its benefit passed on to buyers. TVs and monitors up to 32 inches in screen size recently had GST reduced to 18 percent from 28 percent. The most affordable TV in the range now starts at Rs. 12,499, a reduction of Rs. 1,500.