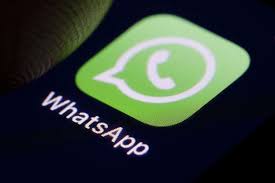 The latest reported issue with popular messaging service WhatsApp isn’t a virus or a scam – but it is a bug that could allow users to access someone else’s private messages.

According to Ms Fuller, when she logged into WhatsApp with a new phone number, she could see messages from the previous number’s owner.

“Logged into WhatsApp with a new phone number today and the message history from the previous number’s owner was right there?!” She wrote.

“And now I’m wondering how many other times it’s happened? Like does whoever has my old number now have MY WhatsApp history?”

‘Not restored from a backup’

In response to questions by fellow Twitters users, Ms Fuller tweeted, “Yes it was a new device. No, it wasn’t second hand. It was not a second-hand SIM.”

“Yes, I’m sure they weren’t my messages, or groups that I was added to.

“Yes, they were in plain text. I am sure it’s my phone number. It was not restored from a backup.”

However, no other WhatsApp users have complained about this issue as of yet, and for now it seems to be a singular incident.