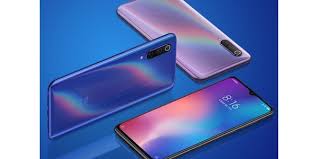 Ahead of Samsung’s Galaxy S10 launch, Xiaomi has announced its new flagship, the Mi 9. Most of the features of the mobile phone were already out, including the triple camera at the back with a 48-megapixel sensor and the powerful Snapdragon 855 processor.

Announced at a special event in China, the new Mi 9 comes in an interesting curved glass design with gradient finish at the back. There’s a 6.39-inch Samsung-made AMOLED display with FHD+ resolution. There is a tiny water-drop notch at the top and a slight chin at the bottom, so no it isn’t completely bezel-less and the company claims a 90.7-percent screen-to-body ratio.

As mentioned above, the handset runs on a Snapdragon 855 processor with 6GB and 8GB RAM options. During the event, Xiaomi founder Lei Jun has announced a Game Turbo feature which is said to boost the phone’s performance for an improved gaming experience. He went on to say that this feature helps in maintaining a higher framerate when compared to the likes of Huawei’s Kirin 980 equipped device.

The triple camera setup at the back includes a 48-megapixel primary sensor with an f/1.75 aperture and laser autofocus, a 12-megapixel telephoto lens and a 16-megapixel ultra-wide angle lens with a 117-degree view as well as 4cm macro photography capability. There are also some AI features, distortion correction, a bunch of face filters and more. There’s also a “Moon Mode” which does exactly as it sounds. It is claimed to take sharp and detailed photos of the moon. Sure, that’s exactly what consumers do when they buy a phone with a high-end camera. The company went on to actually compare shots taken from an iPhone XS and the Huawei Mate 20 Pro with the Mi 9. Hopefully, this feature also works for other bright objects that are far away instead of just working on the moon.

Other features include an in-display fingerprint sensor, NFC, infrared remote to control TVs and air conditioners and improved audio courtesy a large driver and a 0.9cc sounding chamber. There’s a 3,300mAh battery which can fully charge within 60 minutes as the phone supports 27W fast charging. There is also 20W wireless charging support which is evidently faster than Samsung and Huawei.

Last, but not the least, the Mi 9 also gets a transparent limited edition just like last year’s Mi 8. The limited edition of the Mi 9 was announced in association with newly released sci-fi movie Alita: Battle Angel. The company has improved the overall camera here adding an extra lens and a faster f/1.47 aperture. It also comes with a whopping 12GB of RAM so you don’t have to slow down on multitasking.