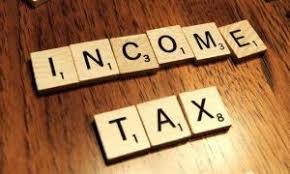 All persons with income above the exemption limit need to file the income tax return (ITR). Currently, the exemption limit is Rs 2.5 lakh in a financial year, while for those between 60 and 80 years, income up to Rs 3 lakh and for those above 80 years, income up to Rs 5 lakh is exempted, respectively. Even if the due taxes in the form of TDS are already paid, one is required to file the ITR. Similar is the case even for those who take tax benefit under various sections of the Income Tax Act such as Section 80C, Section 80D etc, and bring their income below the exemption limit.

Not filing or incorrect filing of return of income tax may result in a penalty as well as prosecution under the tax laws. Further, for every financial year, there’s the last date to file the ITR, failing which there is a late fee to be paid by the taxpayer. Generally, it is July 31 of the year but usually gets extended to August 31. If not filed by that date, one is allowed to file by the end of the financial year but it comes with a late fee.

The fee for default in furnishing return of income by the late filers who will be filing by March 31 is Rs 10,000. For those who had filed after August 31 but before December 31, 2018, the penalty was Rs 5,000. This fee is there because of the newly introduced Section 234F of the Income Tax Act.  However, as a relief to small taxpayers, for those with total income up to Rs 5 lakh, the late fee is Rs 1,000. These new provisions about the late fee is for the assessment year 2018-19 and beyond. It should be understood that one has to pay a late fee and not a penalty for late filing of ITR AY 2018-19.

Filing of ITR in time before the due date ends helps not only to save on late fee but also helps in revising the ITR.

Earlier, there was a 2-year window to revise and resubmit an ITR, but not one has to do it before the end of the financial year. Therefore, revision and re-submission will have to happen by March 31, 2019 for returns filed for the financial year 2017-18.

If there are taxes due and you haven’t filed the ITR on time, there’s an interest of 1 per cent for every month, the tax liability remains unpaid. Without paying due taxes, one is allowed to file ITR. Hence, the longer one waits to complete tax payment and filing of ITR, more will be the cash outflow.

To file ITR, one may visit the e-filing portal of the income tax department or access any private e-filing websites. Once the income and other details are entered, the tax due amount gets calculated. After the due amount with interest, if any is paid to the government through any banking channel, the process completed on the e-filing website. Lastly, one has to verify the returns using electronic verification code or Aadhaar OTP, without which the ITR filing is not considered as filed. If there is a refund, it will get credited directly to one’s bank account.

This time, March 31 is falling on a Sunday, while 30th of March will be the 4th Saturday of the month and a holiday for the banking industry. This means 29th March will be the last working day of this financial year unless the government issues directions to the banks. Make sure, you complete your tax paying and filing exercise well in time, if not done yet.