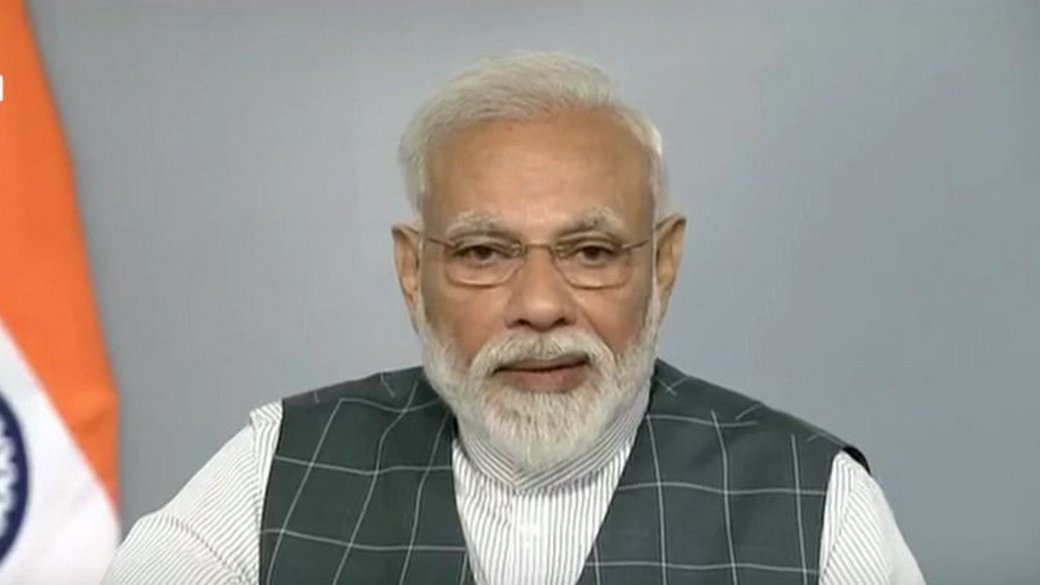 What were you doing when you first heard that PM Modi was going to address the nation this morning? I went straight to the office ATM. Sadly, it was out of cash; others had beaten me to it. Clearly, all of us were basing ourselves on the only other time Modi-ji spoke to the nation – at that time, he unleashed demonetization on an unsuspecting nation.

Narendra Modi’s Twitter handle had already built up anticipation cross newsrooms. At 11:23 am, he announced he “would be addressing the nation at around 11:45 am – 12:00 noon with an important message.” Channels got their heavy-hitters on air to speculate on what it could be. Reporters waited nervously as the clock ticked past 11:45, then noon, then well past it.

By then, I was buying ghunghroos for my daughter’s kathak performance in a small dingy shop. The owner had his eyes glued to a TV set on the counter. No, it wasn’t tuned in to any news channel. He was watching IPL reruns. “Modi-ji is going to make a big announcement,” I said. “Aren’t you going to watch it?” “No,” he said with absolute indifference. “Achaar sanhita lagoo ho chuka hai. Abhi humein kuchh nahin milega.

It wasn’t just that shop. I went across the entire marketplace in the heart of South Delhi, covering at least 60-odd stores to see if anyone was watching news channels. In fact, I couldn’t find anyone who was even aware that PM Modi was going to address the nation.

I was in my car by the time the PM finally began speaking. I caught it on state radio, where a breathless anchor had just finished extolling Mr Modi’s virtues and was commenting on how he always manages to catch everyone by surprise.

The content of the PM’s speech turned out to be quite significant. We have all heard of China’s capabilities of blowing up satellites in our neighbourhood. India had just demonstrated that we can do the same. In defence terms, it is akin to bombing key industrial installations. Destroying satellites can disrupt an enemy nation’s communications, weather-prediction systems, and many other key services that could bring the economy to a standstill.

PM Modi’s choice of words and body language was also interesting. He said that our scientists have “shot down” (maar giraya) a Low Earth Orbit satellite (LEO). He moved his hand emphatically at the point of saying “maar giraya“. He repeated the point, this time clarifying that the LEO was a pre-determined target.

There were a few other key words that framed the PM’s address: “Parakram” which can mean a ‘feat’ but also signifies ‘power’ and ‘strength’. “Antariksh Mahashakti”, which he himself translated as “Space Power”. “Siddhi prapt”, which means “achievement”. “Shaktishaali” meaning “powerful”. These words, repeated several times throughout the 10-minute speech, set up an image of a nation defined by strength, power and achievement. The PM also set-up for us how we should feel about Mission Shakti, as the A-Sat missile test had been named. “Har Hindustani ke liye issey bade garv ka pal nahin ho sakta hai (For Indians, there can be no prouder moment).”

The PM’s speech was followed immediately by a barrage of tweets by ministers and BJP supporters. Chowkidar Ravi Shankar Prasad pointed to the “visionary & bold leadership” of the PM. #MissionShakti, #SpacePower, #PMAddressToNation and #PMModi began trending on Twitter.

But on WhatsApp groups that I inhabit, the reaction to the speech was tepid. Modi supporters were expecting something more politically useful. Anti-Modi voices were pleased that the PM hadn’t scored any major electoral points. One critic asked, did a Prime Minister who is bound by the Model Code of Conduct need to announce it? Couldn’t it have been done by the scientists of DRDO who made it possible? After all, the PM made no official announcement after the Balakot airstrikes and left it entirely to the Foreign Ministry babus and senior defence personnel.

The bigger question is what was the PM trying to achieve? In terms of electoral dividends, the address to the nation was an anti-climax. It raised expectations but delivered very little. If it was intended to seize the agenda back from Rahul Gandhi’s NYAY, it was unlikely to work in rural India. Even the urban voter, who opinion polls show care more about jobs and prices, are not likely to be greatly moved by missiles being shot in outer space.

If it works at all, it will work in the form of memes and videos. It will work in that crucial battleground called WhatsApp. Don’t be surprised if enterprising social media soldiers come up with video clips of Modi’s address to the nation interspersed with dramatic footage from science-fiction movies of satellites being blown up in space. The PM’s key words – parakram, shaktishali, garv, siddhi, space-power – will all work perfectly when they are set to rousing music.

That’s the political message that could work on the ground: a message that projects PM Modi as a powerful statesman on the global stage. In the absence of any real achievements on the economic front, the BJP is depending heavily on pushing its achievements in the sphere of defence and national security. Opinion polls suggest that these motifs do work in the Hindi belt. Today’s address to the nation could well have been timed to feed into that political theme.