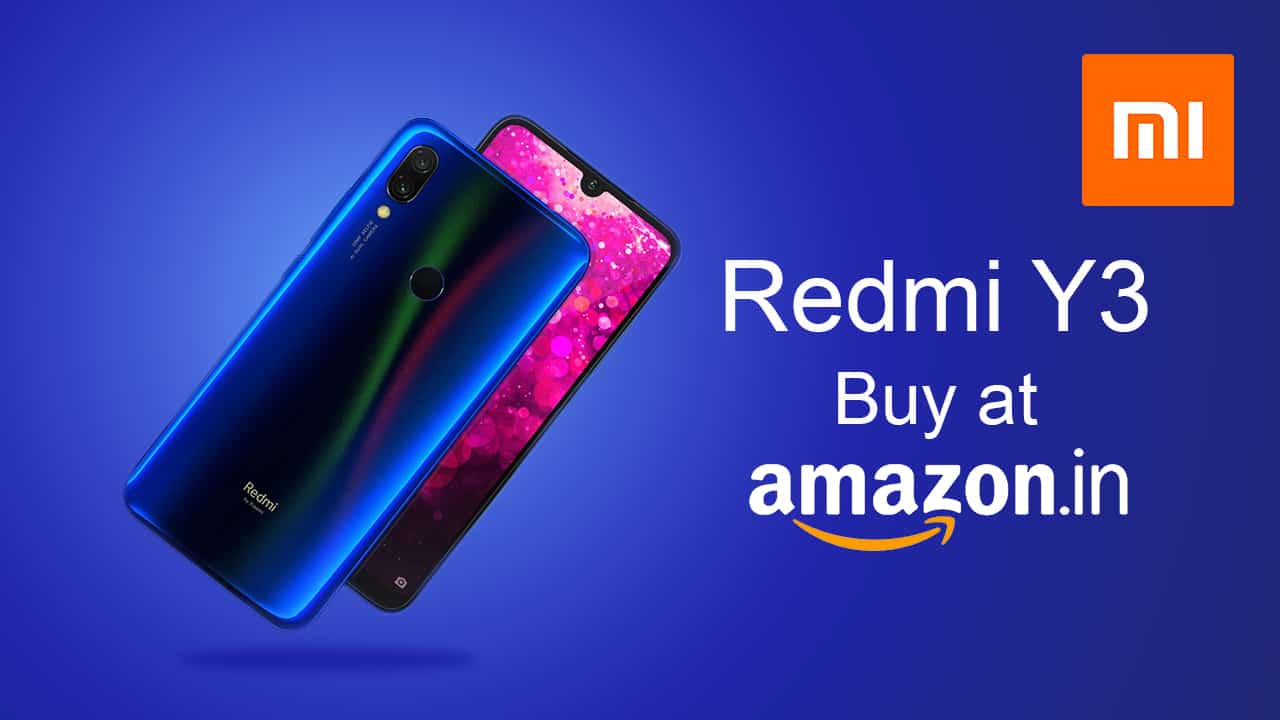 Chinse smartphone manufacturer Xiaomi is all set to launch the successor to the Redmi Y2 possibly the Redmi Y3 on April 24 in India. The smartphone is now being teased on Amazon.in via a dedicated page on the e-commerce site. There’s also a ‘Notify Me’ button that is live on the page taking registrations of interest. The page suggests that the Redmi Y series phone may come with gradient finish or aura design, as Xiaomi may like to call it. The Amazon page shows the Nebula Red tone which suggests that the Redmi Y3 may also come in beautiful colours similar to the Redmi Note 7 series. The landing page of Amazon notes that the Redmi Y series phone will come with Snapdragon processor from Qualcomm.

As teased by the company itself, the key highlight of the Redmi Y3 will be its selfie camera which will sit on a waterdrop notch or dot drop notch. Xiaomi India has confirmed that the Redmi Y2 successor will come with a 32-megapixel selfie shooter. At the back, the Redmi Y3 is tipped to feature the same dual-rear camera setup of 12-megapixel + 2-megapixel like the Xiaomi Redmi Note 7. The phone is expected to come with the Snapdragon 632 SoC, Full HD+ display and MIUI 10 based on Android 9 Pie. Complete specifications of the smartphone will be available on the launch date.

In a previous tweet, the company teased that the Redmi Y3 will also pack a large battery. There is no word on the battery capacity or support for fast charging, but rumours suggest that the Redmi Y3 might pack a 4,000mAh battery.