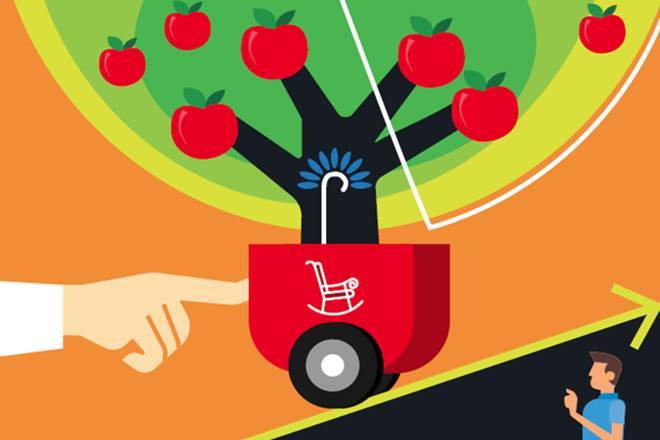 Enhanced tax benefits and relaxation in partial withdrawals add lustre to the National Pension System or NPS, which was originally introduced to provide pension to government employees who joined their services after December 31, 2003 and was later made available for the common public between 18 and 60 years of age from May 2009.

Investments made in NPS mature when an employee retires at the age of 60 years and the subscriber has to invest within three years minimum 40 per cent of the retirement corpus in an annuity plan of an IRDAI-regulated insurance company to get regular pension. The subscriber will also have the option to commute the remaining 60 per cent of retirement corpus tax free immediately or may be deferred till the age of 70 years or to invest it in a pension plan.

Out of the two types of accounts under NPS, Tier-I Account is a mandatory one and is used to develop retirement corpus, while Tier-II Account is optional and there is no restriction on withdrawals. However, up to three partial withdrawals of maximum 25 per cent each of the subscriber’s contributions made on or after August 10, 2017 are allowed out of the Tier-I account after three years from the start of the contribution.

While employees contribute 10 per cent of their basic salary and dearness allowance (DA) to NPS and avail tax deductions up to Rs 1,50,000 in a financial year, any eligible individual may avail additional tax benefits (over and above 80C limit) up to Rs 50,000 under Section 80CCD (1B) of the Income Tax Act.

But that doesn’t mean a person may invest only Rs 50,000 in NPS Tier-I Account in a financial year. Agarwal says, “There is no maximum limit on the investment amount.”

Indicating that NPS helps achieve reasonable market-based return over a long run, he says, “Returns under NPS are much higher than those offered by other tax-saving instruments like PPF. The scheme, which has now been going strong for more than a decade, has delivered annual returns of about 8 to 10 per cent.”

Arguing that NPS bears lesser risk compared to other market-linked products, Agarwal says, “The ratio of risk and return is stabilised in the investor’s interest as there is a fixed cap of 50 per cent on equity exposure for NPS.”

Talking about the NPS investment options and flexibility, Agarwal says, “Investors can make contributions anytime in a financial year and change the amount they wish to save and invest every year. They can choose investments from various asset classes, viz. equities, corporate bonds and government securities.”