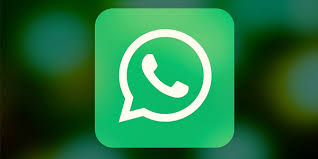 It was late last year, just as the winter set in, when Facebook sent out a request to the Reserve Bank of India (RBI) seeking approval to offer the digital payments services to WhatsApp users in India. That was perhaps the biggest spark that the digital payments space in India had in a long time. The sheer magnitude of this move took time to be deciphered completely, and it in many ways could redefine the mobile payments space in India. Earlier this year, the WhatsApp Pay was rolled out as part of a trial. And guess the sample size WhatsApp Pay has been testing with? 1 million users. Yes, 1 million. The trial is expected to be complete by July this year. Late last month, there was another confirmation from Facebook that they were actively looking to launch WhatsApp Pay in India. It is game on.

“When I look out at all the different ways that people interact privately, I think payments is one of the areas where we have an opportunity to make it a lot easier, that’s among the most important things that we can do here,” Zuckerberg had said about WhatsApp payments, at the F8 conference last week. The company also submitted to the Supreme Court of India earlier this month that it would fully comply with the Reserve Bank of India (RBI) guidelines for payments apps, including the data localization norms.

So, how does WhatsApp Payments work? It is quite simple. If you can see the Payments option in the Settings options in WhatsApp on your phone, you can proceed to link this with your bank account via the Unified Payments Interface (UPI). The biggest advantage of UPI is that you don’t need to share any credentials or details with the payment app you are using, including WhatsApp Pay. The authentication is done with the registered mobile number with your bank via SMS, and once that is complete, you can make and receive payments from other users.

How incredibly easy and convenient for the 300 million or so WhatsApp users in India. No need to switch to another app to make payments. As Facebook says, “sending payments will be as easy as sending a message”. Expect a lot of online and offline retailers to accept WhatsApp Payments as a standard for paying for your purchases too, and you can pretty much envision this becoming the default app for most of the digital payments you make, if not all. Facebook has global ambitions with the digital payments’ product, something Mark Zuckerberg made very clear at the F8 conference keynote last week. Now factor in WhatsApp’s 1.6 billion user base globally, and it just changes the game completely for rivals.

No wonder rivals are spooked. Paytm, which is presently the most popular digital payments apps in India has around 230 million users. And it has built a whole ecosystem of products around the payment’s app, including the Paytm First subscription bundle as well as Paytm Mall. In one fine swoop, Facebook will reach more than 300 million WhatsApp users. Add another 300 million or so of Facebook’s own user base, and the potential demographic of those who may sign up for WhatsApp Pay easily surpasses anything that the rivals may have. That is before we even factor in how easy it will be for Facebook to make this common across its other apps too, including Messenger, which itself has 1.3 billion users globally.

The big advantage that WhatsApp Pay will have, as do other UPI based payment services, is the lack of effort required for the Know Your Customer (KYC) process for users. The regulations in India don’t require apps to do mandatory KYC for UPI transactions, since these are linked to the bank account of individuals, which are already KYC compliant. Earlier this year, the RBI extended its deadline for the physical KYC which mobile payment apps are required to do—Amazon Pay, Paytm and any other apps that allow your pay using a variety of methods including credit cards, have to mandatorily do a fresh round of physical KYC for all users who wish to continue using the services.

Facebook is currently looking closely at ways in which to integrate the functionality of its apps, including WhatsApp, Facebook Messenger and Instagram for instance. At some stage, the payments feature could become a shared product as well, and with the large user base already there, the volume of transactions could see a significant spike too.