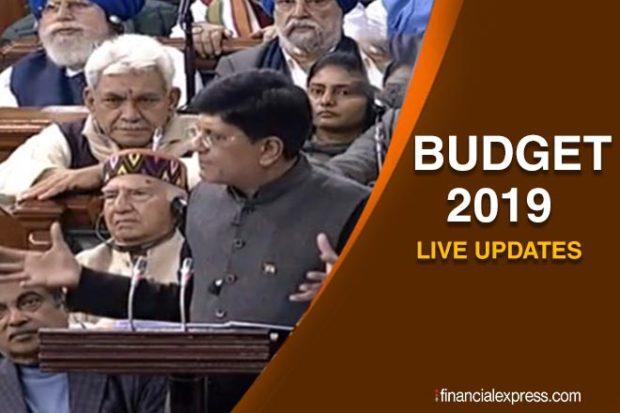 Benjamin Franklin had once said, “In this world nothing can be said to be certain, except death and taxes.” In other words, while you can’t be sure of anything else in life, no one in this world can escape both death and taxes. However, what if you were told some day that you are no longer required to pay any income tax as that has been abolished in India? Won’t it be unbelievable? However, what if that actually happens?

Surprisingly, some politicians as well as income tax experts are already pitching for the abolition of income tax in India. For instance, senior BJP leader Dr Subramanian Swamy had some time back said that “one of the important ways to put the economy on a double digit expansion mode would be to raise savings and abolish the Income Tax.” However, would it be wise on our part to do away with this tax?

Tax experts say the number of taxpayers under Direct Taxes for the financial year 2016-17 was 7.41 crore, generating a revenue of around Rs 8.5 lakh crore. With only 2% of the population being taxpayers, and a low Direct-Tax GDP ratio of 5.98%, the question on whether there is a case to abolish income tax is a reasonable one.

“Abolition of income tax is a thought-provoking proposition. The upside of the proposition is that it will put more cash in the hands of people, which will increase demand, augment investments and boost the economy,” says Himanshu Parekh, Partner and Head, Corporate and International Tax at KPMG in India.

However, “it is pertinent to note that the government requires huge funds to meet the requirements of the economy, and also to meet its agenda for 2030 which includes one lakh digital villages, rural industrialisation, clean river projects, expansion of Indian coast line, self-sufficiency in food, healthcare, infrastructure, and education, among others,” adds Parekh.

It should also be kept in mind that the levy of direct tax is the most equitable way to levy taxes since it provides an opportunity to focus on the higher levy of taxes to a select few based on specific criteria.

“It also provides an opportunity to collate information relating to the income streams, which is highly valuable. Given the significant revenues from direct taxes, and the focus of the government to fund welfare schemes and grant subsidies to the lower strata of the society, determining an alternate revenue stream is an absolute necessity. Abolishment of direct tax revenue, therefore, would need to be compensated by other measures such as increase in indirect tax or introduction of transaction tax, etc,” informs Saraswathi Kasturirangan, Partner, Deloitte India.

According to tax experts, the abolishment of income tax would surely increase the disposable income available to taxpayers which could be channelised for savings and investment and reduce the government’s cost of administering the direct tax framework. However, on the flip side, it would negatively impact the economy which already has a fiscal deficit of 3.4%.

The larger impact of abolishment of income tax would be to increase the income disparity in the society with the higher strata of the society being able to increase their savings and investments while there are lesser avenues to the government to fund welfare schemes for the poor.

The overall spend of the government for FY2019, in fact, was pegged at around Rs 24.5 lakh crore, whereas the tax collections amounted to around Rs 20 lakh crore. Out of the total tax collection, direct tax contributed around 55% of the kitty. Abolishing income tax would mean that the government will have to identify other sources of revenue to meet its funding requirement for undertaking social objectives, which may be a herculean task.

“While currently, there are a few countries (like UAE, Cayman Islands, Bahamas, Bermuda etc) who do not levy income tax, they are cash-rich countries/ economies much smaller than India. There is no large economy in the world which does not levy income tax. In fact, the OECD has initiated a drive to ensure that every country imposes a minimum level of tax. Given the above, though abolishing income tax may have its own positives, considering the macro economic landscape in India, the need of the hour is not to abolish it, but to reduce the tax rates and improve compliance of the tax regime,” says Parekh.

It may be noted that during the time when demonetisation was in effect, there were some talks around abolishing income tax and bringing a consumption-based tax system.

“In case of a developed country or a developing country like India, income tax helps in funding initiatives for achieving sustainable economic development and employment generation. Income tax is one of the main source of public revenue, amongst others, for the government. The related policies (including the monetary policy) as well as reforms implemented in this regard play an important role in achieving the objective of economic stability, limiting the level of inflation and balancing the equilibrium on the market,” says Parizad Sirwalla, Partner and Head, Global Mobility Services, Tax, KPMG in India.

It is pertinent to note that even developed economies like the USA and the UK collect income tax and rely on it for key economic decisions. A few countries in the world who have no income taxes (e.g. Middle East countries) are either relying heavily on other sources of income for government spending (i.e. sale of oil for such Middle East nations) or are potential tax heavens. It may still be true that a miniscule percentage of the population pay income tax.

The main question to debate, therefore, is the avenues from which the necessary revenues can be augmented to meet the larger socio-economic development agenda like infrastructure development, healthcare, education, etc. as well as other welfare schemes in various sectors in the absence of income tax. Also, the cascading effect on derailing the fiscal deficit significantly and further widening income disparity amongst the prosperous and the poor may be counter-productive.

Therefore, “to provide impetus to economic growth, it is important to widen the tax base and improve tax-GDP ratio by rationalizing the current tax rates, creating better regulatory framework and ensuring low cost of compliance for taxpayers. The endeavor of the current government to use cutting-edge technology and data analytics to overhaul the tax administration and identify tax leakage is a step in a right direction and also promotes the country’s reputation on Ease of Doing Business,” observes Sirwalla.

Thus, while the idea of abolishment of income tax looks attractive in theory, practical implementation has not been tested in the past. The multi-dollar question is: Can the Indian economy afford such a misadventure?

“The ideal approach should be to wait for the report of the task force set up by the government to overhaul direct tax laws which will table its report by 31 July 2019. One may expect further rationalisation of tax rates with phasing out of obsolete exemptions/ deductions, with more focus to make the economy more tax-compliant,” suggests Kasturirangan.