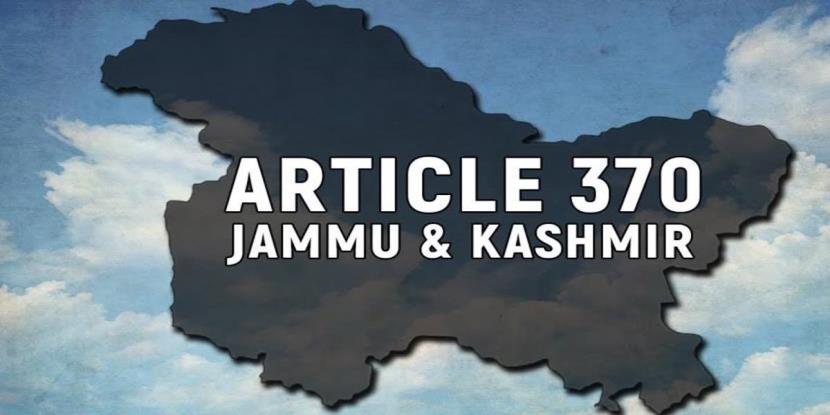 As tensions mounted in Jammu and Kashmir, Union Home Minister Amit Shah moved proposal to remove Article 370 in the Rajya Sabha on Monday.

Amit Shah announced in the Rajya Sabha that Article 370, which accords special status to Jammu & Kashmir, will be revoked from the day of the President’s assent.

After Amit Shah proposed that the regulation under Article 370 will not be applicable after Presidential nod, the Rajya Sabha witnessed massive uproar with the Opposition slamming the Centre over the move.

The Cabinet Committee on Security (CCS) members arrived at the PM residence around 9.30 am on Monday morning with Union minister Amit Shah, NSA Ajit Doval in attendance at the high-level meeting. Ahead of the cabinet meeting, Law Minister Ravi Shankar Prasad met Home Minister Amit Shah before heading to 7, Lok Kalyan Marg for the Cabinet meeting.

Tensions intensified in the strife-torn state after Omar Abdullah, Mehbooba Mufti and Sajad Lone were put under house arrest as the authorities imposed restrictions in multiple districts in the state.

“I believe I’m being placed under house arrest from midnight tonight & the process has already started for other mainstream leaders. No way of knowing if this is true but if it is then I’ll see all of you on the other side of whatever is in store,” National Conference leader Omar Abdullah had tweeted.

“To the people of Kashmir, we don’t know what is in store for us but I am a firm believer that whatever Almighty Allah has planned it is always for the better, we may not see it now but we must never doubt his ways. Good luck to everyone, stay safe & above all PLEASE STAY CALM,” Omar had said.

People’s Democratic Party president Mehbooba Mufti said, “How ironic that elected representatives like us who fought for peace are under house arrest. The world watches as people & their voices are being muzzled in J&K. The same Kashmir that chose a secular democratic India is facing oppression of unimaginable magnitude. Wake up India.”

Officials said former chief ministers Omar Abdullah and Mehbooba Mufti would not be allowed to move out of their respective house in view of the restrictions, while Congress leader Usman Majid and CPI(M) MLA M Y Tarigami claimed to have been arrested around midnight.

The government imposed restrictions under Section 144 CrPC in Srinagar district with effect from midnight. Earlier, the administration called off the Amarnath Yatra in an unprecedented move and asked all tourists to leave the state immediately.