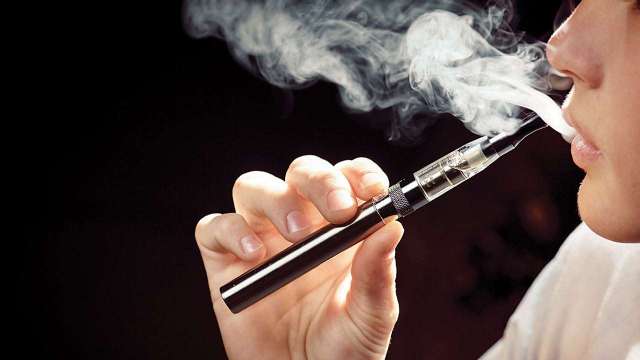 The Narendra Modi government on Wednesday announced that it has decided to ban sale and manufacture of e-cigarettes. Announcing the move, Union Finance Minister Nirmala Sitharaman said this decision was taken following recommendations of a Group of Ministers, headed by her. The Union cabinet too has given its nod for this and the government is soon expected to come up with an ordinance.

Justifying the ban, Nirmala Sitharaman said, “E-cigarettes were promoted as a way to get people out of their smoking habits but reports have shown that many people are not using it as weaning mechanism but are rather addicted to it.”

The government has said the decision to ban e-cigarettes is aimed at protecting the youth, the section that is most vulnerable to health hazards of e-cigarettes.

“These novel products come with attractive appearances and multiple flavours and their use has increased exponentially and has acquired epidemic proportions in developed countries, especially among youth and children,” the government said in a statement.

It said the ban on e-cigarettes will help “protect population, especially the youth and children, from the risk of addiction through e-cigarettes”.

Today’s decision is a follow up of 2018 advisory that the central government had sent to all state governments asking them to consider banning e-cigarettes.

WHAT EXACTLY IS AN e-CIGARETTE?

E-cigarettes are most common form of Electronic Nicotine Delivery Systems (ENDS). These are basically devices which do not burn or use tobacco leaves. Instead, they vaporise a solution which is later inhaled by the user.

“The main constituents of the solution, in addition to nicotine when nicotine is present, are propylene glycol, with or without glycerol and flavouring agents,” the World Health Organisation says, adding that these solutions and emissions also contain some solutions which are considered to be “toxicants”.

In terms of shape and size, most e-cigarettes resemble the ordinary cigarettes and cigars, but of late brands have started experimenting with newer designs which may resemble whistles, pens etc.

HOW DOES AN e-CIGARETTE WORK?

The effectiveness of e-cigarettes depends on a range of factors like the battery’s strength, the nature of unit circuit, solutions used, users’ behaviour, among others.

Since e-cigarettes work on vapours, their effectiveness is directly dependent on the product’s ability to the heat the solution to a state where it transforms into vapour. As a result, the battery’s voltage and circuit strength are crucial components. Stronger the voltage and circuit, sooner will the solution heat up and vaporise.

“Battery voltage and unit circuitry differences can result in considerable variability in the products’ ability to heat the solution to an aerosol and, consequently, may affect delivery of nicotine and other constituents, and may contribute to the formation of toxicants in the emissions,” WHO says in a 2014 report on e-cigarettes.

Besides this, a user’s behaviour may also have bearing on the product’s effectiveness. The WHO report explains that factors like “length of puffs, depth of inhalation and frequency of use” may affect nicotine consumption using e-cigarettes.

“While a faster, deeper puff increases nicotine delivery from a conventional cigarette, it might diminish it from e-cigarettes due to cooling of the heating element,” the WHO report explains.

Once nicotine is used in the solution of an e-cigarette, the difference between it and a conventional cigarette blurs. In terms of health risks, the power of an e-cigarette to deliver nicotine determines how dangerous its use can be. If the nicotine delivery is quick and powerful, the e-cigarette would be no different than a conventional cigarette. The nicotine delivery capacity varies from one brand to another. This capacity is also dependent on the strength of the solution used and the puffing behaviour of a user.

WHO says, “It can have adverse effects during pregnancy and may contribute to cardiovascular disease.”

“Although nicotine itself is not a carcinogen, it may function as a tumour promoter. Nicotine seems involved in fundamental aspects of the biology of malignant diseases, as well as of neurodegeneration.”

Popularity of e-cigarettes can be understood for the estimation that their global market was worth nearly $3 billion way back in 2013.

Some reports suggest that in 2014, there were at least 466 brands producing e-cigarettes. Estimates of Euromonitor International, a market research organisation, project that by 2030, the global e-cigarette market would rise by 17 times.

According to WHO’s own survey, e-cigarettes (the most popular variant of ENDS) are widely available across the globe. “Slightly over half of the world’s population live in 62 countries that report the availability of ENDS in their jurisdictions,” the WHO says in a 2014 report.

ENDS, more specifically e-cigarettes, were introduced and popularised by forwarding the argument that they are effective in helping people quit smoking tobacco.

There are not concrete large-scale studies to show their effectiveness in helping people quit smoking.

Meanwhile, proponents of e-cigarettes have come under attack from health activities that demand complete abolition of tobacco use. They argue that these are products that “undermine the efforts to de-normalise tobacco use”.

FINES UNDER THE NEW LAW

2) This will be punishable with an imprisonment of up to one year or fine up to Rs 1 lakh or both for the first offence.

3) In case someone is caught flouting the law again, the punishment would be imprisonment of up to three years and fine up to Rs 5 lakh.

4) Under the new rule, those found storing e-cigarettes will be punished with an imprisonment up to 6 months or fine up to Rs 50,000 or both.

Besides this, those who have existing stocks of e-cigarettes will have to declare and deposit them with the nearest police station on their own before the ordinance comes into effect