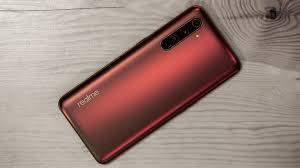 The Realme X50 Pro 5G, which is the first top-end phone from the company, is an attempt by Realme to show that it is not just a follower but it can also be a leader. This phone has everything, even remarkably good for Rs 37,999. And of that, the two bits that stand out are Qualcomm Snapdragon 865 chipset and support for 5G connectivity.

So, the Realme X50 Pro 5G not only supports 5G network in India — and it may not mean much right now — but it also is the first one to pack a Qualcomm Snapdragon 865 processor.

First, let’s talk about 5G. The Realme X50 Pro 5G is a 5G-enabled phone that supports both modes — NSA and SA. The network is supported by the Qualcomm X55 modem that works in synergy with the Snapdragon 865 to deliver high cellular speeds when available. “When available” are the keywords here. It’s laudable that Realme has launched a phone that supports 5G — and IQOO is also launching one soon — but the lack of 5G infrastructure in India is something that I cannot overlook. I have no ways to test the efficiency of the 5G module inside the Realme X50 Pro 5G but Realme tells me the smartphone will support 5G bandwidths in India as and when it is commercially rolled out.

So, what’s the point of 5G? In India, for now, none. But it does make the phone future-proof, say, for example, 5G networks go online in India in 2021 or later. Then you will be able to use X50 Pro. Closer to that is the option to use 5G on this phone as and when you travel to a country that has 5G available, for instance, the US, China, and South Korea. Realme is actually pushing X50 Pro with this argument it wants to cater to those Indian users who travel abroad.

A phone is more than its network features. So let’s take a closer look at the Realme X50 Pro 5G. The Realme X50 Pro 5G strikes me as a smartphone that ought to belong to the mid-range segment. I am not saying that there is some standard that needs to be followed for premium smartphones, or, at least, the flagship ones. But the companies should be wary of how they are designing their phones that are scattered across price ranges.

I used the Moss Green variant of the smartphone and it looks decent. Realme has experimented with the design and given the X50 Pro 5G what looks like a toned-down version of the glossy finish we saw on the Pearl Green variant of the Realme X2. To be honest, I am impressed by this experiment. There is a light flair of shimmer to this matte that looks interesting. Having said that, I would like to reiterate what I said above, it does not break any new ground in the design. Or maybe the phones that we have around the Rs 20,000 price bracket have become so good with their design that there is no difference between them and a Rs 50,000 phone.

While I feel the finish with frosted glass is better than what we see on the shiny phones, it’s the front of the X50 Pro 5G that I find boring. Bezels are fairly well visible and there is a slightly raised frame around the screen, which cheapens the overall look of the phone. I also find the device on the heftier side.

The other things you see on the smartphone at the first look are the four cameras vertically aligned at the back, a Realme logo towards the bottom, a tall display with thin bezels, and a punch-hole design that carries two selfie cameras. Again, the rear of the Realme X50 Pro 5G is very identical to the Realme X2, so much so that it looks like another colour variant of the latter.

The Realme X50 Pro 5G has a vibrant display — it is a 6.44-inch Super AMOLED panel. But the most intriguing aspect is the refresh rate that is 90Hz by default. The interaction with the display is pleasing to the eyes. I have used 90Hz displays before and this one is not much different. It is just that the 90Hz displays are en route to become a mainstay and I am glad smartphone makers are attentive towards it.

The Realme X50 Pro 5G is also the second phone to run Realme UI (the first one was the Realme C3). Realme UI is very similar to the ColorOS 7 but has its own flair. The icons look decent but you can change them as per preference. Also, there is the dark mode that I immediately turned on upon getting the device. The dark mode is impressive, owing to the Samsung AMOLED display Realme has used on the phone. There is HDR10+ supported by the display, which makes the visual quotient of the smartphone more appealing. I will be able to tell you more about the display in my detailed review.

Now, let’s talk about performance. I opened some pre-installed apps and juggled between them to test what the Realme X50 Pro 5G can handle initially. There was no stutter at all — I mean, the smartphone with Snapdragon 865 is smooth. I played Call of Duty Mobile for a short while on the Realme X50 Pro 5G and found the experience on par with other flagship phones. The interface is also smooth and I did not face any issues in my initial impression.

The cameras on the Realme X50 Pro 5G are something that I would like to toy around with more than anything else. In my short time with the cameras, I took some photos that look impressive. The 64-megapixel sensor can detail out a photograph when zoomed. The macro shots look decent, and the selfies are clear and good enough to go on social media. I also managed to test the cameras under low light with the Ultra Nightscape mode on. I have a mixed opinion about the photos shot in low light conditions I would ask you to wait a little more until I am done with my camera review.

Realme claims its new 65W SuperDart Charge technology can fill battery fully within 30 minutes. I am still to test the claim but I am convinced, especially after having seen the 50W fast charging technology on the Realme X2 Pro.

More than the smartphone, it is about 5G technology. Realme took the charge to introduce 5G in India and it has delivered in a smartphone that will pave the way for upcoming 5G phones. Think of it as a pathfinder for phones that will be launched throughout this year. These smartphones may still not have 5G which makes sense but, for Snapdragon 865, it will change the game altogether. Different brands will try to woo customers by offering their device that is priced less than the Realme X50 Pro 5G or maybe they dump a load of features their device packs on you.

Realme X50 Pro 5G, however, could be worth your consideration, especially for the starting price of Rs 37,999. I mean, it has got everything that a power user needs a Snapdragon 865 processor, a 90Hz display, quad cameras at the back, two on the front, and a fairly impressive outlook. I shall be more confident in my opinion when I review the Realme X50 Pro 5G until then stay tuned.