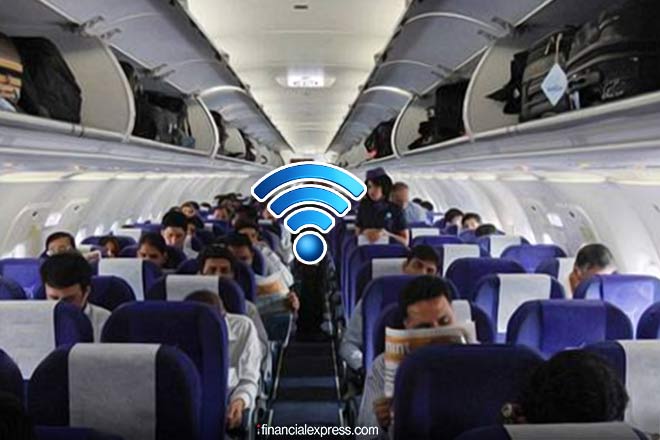 WiFi on flights services soon! In an official notification, the central government has given its nod to introduce in-flight WiFi services by airlines, a PTI report said. This service will be given to passengers on the flight after the permit by the Pilot-in-Command.

The passengers onboard can avail in-flight WiFi services for their smartphones, laptops, tablets, e-readers or smartwatches given that the devices are on airplane mode or fight mode, the government said in the notification. These services, according to the government official, can only be availed once the flight has taken off and all the doors are closed. The usage of internet service in-flight shall be certified by the Director-General.

The government in 2018 had announced Maritime Communications (IFMC) and In-Flight WiFi licences for international and Indian vessels and aeroplanes. This was initially proposed by the Indian telecom regulator.

For this, the company has partnered with Tata group firm, Nelco. The WiFi services by Vistara are likely to be offered by March-end in some of its international flights.

Nelco, on the other hand, has partnered with Panasonic Avionics for introducing WiFi on flights. Nelco believes that the services are expected to provide aeroplane operators with a chance that will improve their customer experience and improve their passenger loyalty.

Meanwhile, in March 2019, Nelco had said that it had received the licence for WiFi services and therefore, introduced maritime communications services in India in September last year.

Not only this but the new services will also help the companies have an additional revenue stream and flight operations that can be optimized. PJ Nath, MD & CEO of Nelco had earlier said that it is a great growth opportunity for Nelco in the country’s IFC services and Nelco is aiming to a be the market leader in this segment.