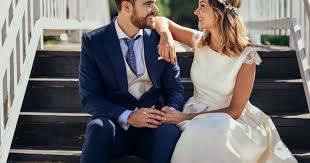 In New York, the US state hit hardest by Covid-19, the pandemic has disrupted life for millions. Non-essential businesses have been ordered to shut their doors and New Yorkers asked to remain at home as much as possible.

But at least one part of daily life will now have a chance to resume. Today, governor Andrew Cuomo issued an executive order allowing couples to obtain licenses and marry “utilizing audio-video technology.”

At a conference, Melissa DeRosa, secretary to the governor, announced the order. “Video marriage ceremonies,” Cuomo said. “There’s now no excuse when the question comes up for marriage. No excuse. You can do it by Zoom.”

Zoom, of course, is the popular video-conferencing technology that’s gotten a huge boost of late with many workers now having to hold meetings remotely. In the US, it’s become practically synonymous with video chats during the pandemic, likely to the great annoyance of its competitors.

The digital nuptials do have to follow certain rules laid out in the order, which is in effect through May 18. For example, “the video conference must allow for direct interaction between the couple and the town or city clerk, the witness or the person to solemnize the marriage.” In other words, no pre-recorded video is allowed, so participants still have to actually attend, even if they’re not there physically.

Whether they could make it official via video or not, resourceful couples have already been at least hosting ceremonies online. Last month Quartz reporter Daniel Wolfe attended the wedding of two friends in California over Zoom. It had its hiccups. Note: Zoom’s free version only offers 40 minutes of conferencing on group meetings.

Wolfe and his wife had to rejoin via Google Hangouts, where they watched the couple exchange vows. “We were crying, my wife and I holding each other, hand and arm, while we peered into this strange portal to something somewhat like reality and very much our current reality,” he wrote. “We cried that stuttered disbelief kind of cry, where you’re happy for your friends who have one another. It felt like a wedding.”