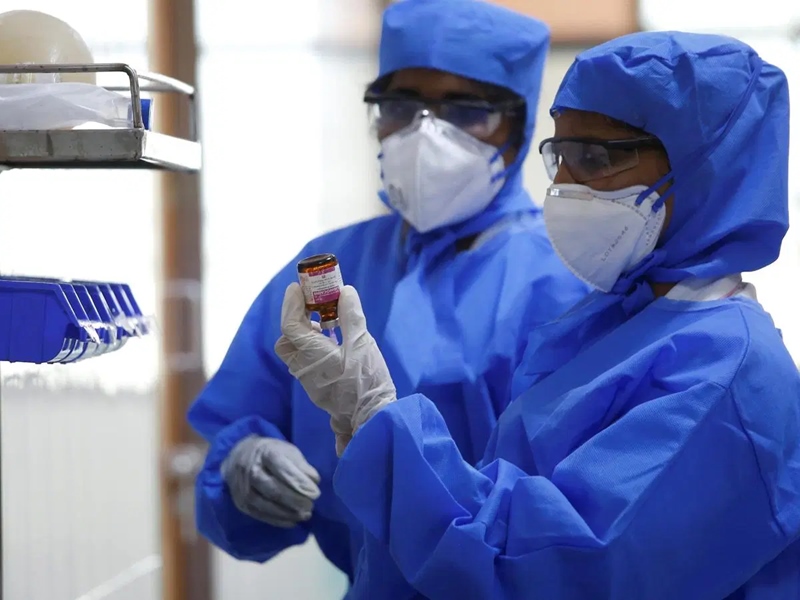 China’s top scientists on Tuesday said that Sars-Cov-2, the virus that causes the coronavirus disease (Covid-19), cannot be stopped and will continue to cause seasonal infections like the flu. The seasonal flu kills between 300,000 and 650,000 people around the world every year, according to World Health Organization (WHO) estimates.

“This is very likely to be an epidemic that coexists with humans for a long time, becomes seasonal and is sustained within human bodies,” said Jin Qi, director of the Institute of Pathogen Biology at China’s apex medical research institute, the Chinese Academy of Medical Sciences, according to Bloomberg News.

Several scientists, including Anthony Fauci, the director of US National Institute of Allergy and Infectious Diseases, have said the new coronavirus is likely to cause seasonal peaks of infections in winter.

Public health experts in India agree that the Sars-Cov-2 is here to stay. “The virus is sure to be around because it has a high transmission rate and many asymptomatic people and those with mild disease remain undiagnosed but spread infection. Diseases spread by asymptomatic carriers are difficult to contain as everyone needs to use protection, which becomes difficult to sustain at the population level over a long period,” said Dr Dileep Mavalankar, director, Indian Institute of Public Health, Gandhinagar.

People with Covid-19 are the most infectious during the first week of symptoms, with 44% infections spread by those not obviously sick, according a study published in Nature Medicine on April 15, which explains why it is spreading faster than other coronaviruses, like Sars-CoV, which caused the Severe Acute Respiratory Syndrome (Sars). Sars-CoV directly enters the lungs and swiftly causes serious respiratory symptoms, leading to the person being hospitalised and isolated soon after getting infected. This limits the chances of the virus replicating in the throat and spreading to others.

“These are two different viruses (Sars-CoV-2 and Sars -CoV), so their behaviour will be different. The host virus interaction properties are different. In Sars, there was only lung infection and it could spread when the infected person coughed, but in the case of Sars-CoV-2, the infection begins in the upper respiratory tract so you can infect even if you talk. The virus is in the nasopharyngeal fluid, which mixes with saliva, so you can infect when you sing, speak or shout. Silent transmission is common in this disease. So screening at airports for temperature was appropriate in case of Sars, but not for Sars-CoV-2,” said Dr Jacob John, veteran virologist and professor emeritus and former head of virology at Christian Medical College.

Sars-CoV-2 replicates in the upper respiratory tract before moving down to infect the lungs, which leads to people shedding huge amounts of the virus through coughing in the first week of symptoms, according to a study published in the journal Nature on April 1.

“Its high infectiousness is one part of it but it will become seasonal because it will continue to infect people who don’t have immunity against it. How it will behave will be difficult to predict because all virus mutate, but it is difficult to predict what the impact of mutation will be on virulence and transmission,” said Dr Lalit Kant, former head of epidemiology and communicable diseases, Indian Council of Medical Research. “Everyone who gets infected and recovers develops immunity but to stop infections from recurring, we need long-lasting neutralising antibodies. We don’t know how long-lasting antibodies against Sars-Cov-2 are, but if we get a good vaccine that gives long-lasting immunity, then perhaps we can eradicate it…,”added Dr Kant.

There are seven coronaviruses known to infect humans, four of which cause mild cold-like symptoms that are sharply seasonal and appear to transmit similarly to influenza, according to a study in the Journal of Infectious Diseases. Using data from the decade-long US Household Influenza Vaccine Evaluation study, the researchers found most coronavirus cases were detected between December and April/May, and peaked in January/February. Only 2.5% of the cases occurred between June and September, according to the study.

“A second wave is likely in November but by then countries would have gone though the first wave and health systems would have time to recover. In the post-Covid-19 world, social distancing, face masks and hand washing will also become a social reality until we get a vaccine,” said JVR Prasada Rao, former health secretary, Union ministry of health and director general, NACO.

Hot weather is unlikely to have much of an impact, said Chinese scientists. “The virus is heat sensitive, but that’s when it’s exposed to 56 degrees Celsius for 30 minutes and the weather is never going to get that hot,” said Wang Guiqiang of Peking University First Hospital.

“We have to wait and watch to see how the weather will affect the seasonal transmission of Sars-CoV-2,” said Dr Kant.