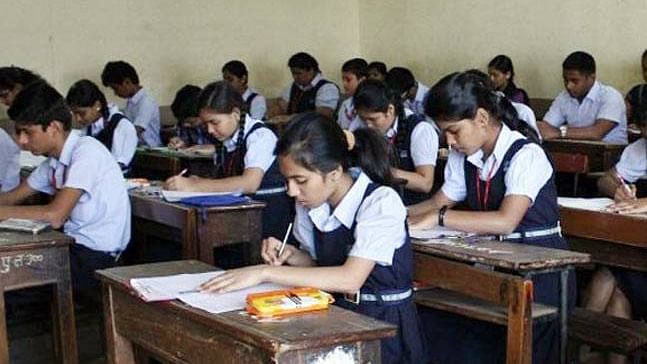 The Central Board of Secondary Education’s (CBSE) decision to cancel the pending board examinations for classes 10 and 12, which were scheduled to take place from July 1 amid the Covid-19 pandemic, came as a relief to students, parents and schools but it left some concerned over how the alternative assessments mechanism and college admissions will work.

While the Class 10 exams in Hindi, English, science and social science were going to be conducted only in north-east Delhi, Class 12 exams across the country were remaining in 12 subjects, including Hindi, geography, business studies, biotechnology, and sociology. An additional 11 subjects were pending for Class 12 students in NE Delhi schools.

“I would not have been able to study for the two remaining papers that were to be held in July. We lost our house, my books, our shop, and everything in the riots. I just want to pass my exams ,” said Mohammad Fazil, a Class 10 student and a resident of north-east Delhi’s Brijpuri, who has been waiting for four months for his board exams to get over.

“There has been enough anxiety over this. I just wanted it to get over,” he said.

On May 18, the national school board announced that papers postponed due to the February riots and Covid-19 pandemic would be conducted between July 1 and 15. It said in April that the board will only conduct exams in “main subjects” that will be required for promotion and admission in higher education institutions.

Responding to a plea filed in the Supreme Court against conducting exams, the board said no further exams will be held for Class 10 students. Those in Class 12 will be given a chance to appear for exams whenever it was held, if they wanted.

On Thursday, the board said the evaluation will be made on a special marking scheme based “on the last three exams.” Later in the evening, it announced that this will be based as a calculation of average score of the three subjects that a student has already taken and scored the maximum in. If a student has taken three of fewer tests, the average will be based on best-of-two.

“Parents had been worried that their children were being asked to appear for their papers amid rising Covid-19 cases. The cancellation of exams is a relief for them. Students, however, are still concerned as they are trained to focus on board scores and are wary of how it would affect their prospects,” said Aparajita Gautam, president of Delhi Parents’ Association.

Before it was clear that internal assessments will not be used to determine the theory paper score, a group of Class 12 students started a petition on change.org, an online petitioning forum, opposing such a plan. Their contention was based on the fact that school-level internal assessment is unlikely to be a standardised process across institutions.

Naman Maheshwari, an aspiring engineer and Class 12 student of Mayo International School in IP Extension, said, “Many students don’t perform well in school exams and are likely to score around 10-15 marks more in their boards. These students will be at a disadvantage.”

Arsh Malik, a class 12 student of Victoria Public School in Yamuna Vihar, said Thursday’s order had left many confused. “We have been calling teachers to understand what is happening with our exams. Personally, I would want to opt for the internal assessment mode because it has just been too long now. No one knows when the Covid-19 situation will get better.”

Hazel Bali, class 12 student in Vasant Kunj, said most students are anxious as there is little clarity on the marking system. “This is distressing because everybody focusses on their performance during board exams and often don’t pay much attention to school papers,” she said, adding that she has a scholarship to study in the US.

Most school principals are waiting for a clear direction from the board. Ameeta Wattal, principal of Springdales Road, Pusa Road, said, “This decision is balanced given the present circumstances. The open-ended solution caters to both groups – those who want to appear for their exams and improve their scores and others who don’t want to appear for their papers. We are waiting for the board to come up with the modalities.”

Tania Joshi, principal of The Indian School in Sadiq Nagar, said: “We will take all safety measures for the students who want to appear for their papers whenever it is conducted next. We must keep in mind that we can’t keep waiting endlessly for the exams to take place.”

On June 17, Delhi education minister Manish Sisodia had also written to the HRD minister, requesting him to cancel pending class 10 and 12 papers. “I am happy that today’s decision was taken in the best interest of students and providing relief to parents,” Sisodia tweeted.