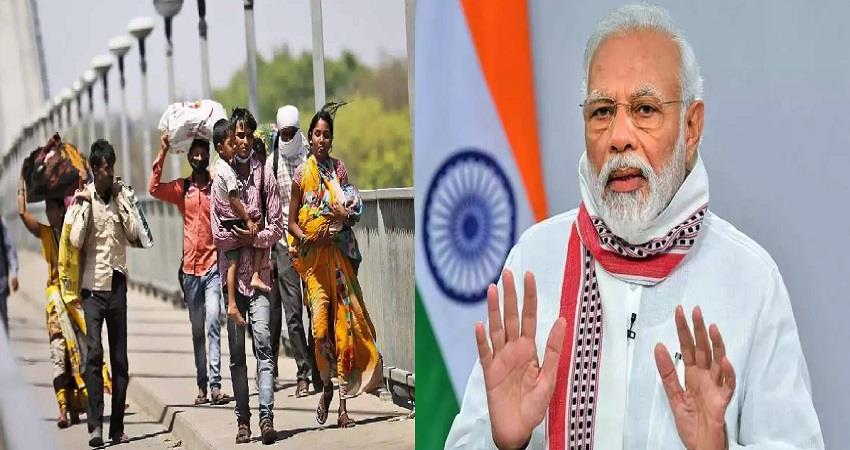 The Covid-19 lockdown left 45-60 million migrant labourers in the lurch across cities. Faced with lives and livelihood challenges, a large number of them began to leave in hordes to their native places, many on foot; it was a human tragedy. While concerned state governments and several NGOs sought to help them, the Centre took a lot of time to come out with effective measures.

Lately, it has announced an economic package as part of the Atmanirbhar Bharat Abhiyan. Besides offering a stimulus package to support the economy, the government utilised Covid-19 as an opportunity to attempt at structural reforms covering agriculture, core sectors, MSME and so on; and introduced short-term relief measures for migrants, including free foodgrains for three months, employment under MGNREGA, one-time payment under Jan-Dhan and easy loans under Mudra Yojana to migrants at their native places. Medium-term measures include ‘One Nation, One Ration Card’ and housing facilities. While these are desirable, the scale falls far short of the requirement this crisis has warranted. What’s more, the operational design of these policy announcements is yet to be articulated—as elsewhere in policymaking, the devil lies in implementation.

As an add on, the Prime Minister, during ‘Mann Ki Baat’, announced the setting up of a Migration Commission for the employment of migrant labourers after mapping out their skill matrix. He also emphasised the need for creating opportunities for self-employment and setting up of small-scale industries in villages.

On June 22, the Prime Minister launched a new package of `50,000 crore—the Garib Kalyan Rojgar Abhiyan (GKRA). It aims at creating livelihood opportunities for the returned migrants, and while doing so it is expected to create durable infrastructure in rural areas. The GKRA would be implemented in a mission mode to provide jobs and livelihood opportunities for 125 days for more than 6 million migrants, and would cover the ones who returned to 116 districts of six states—Bihar (32 districts), Uttar Pradesh (31), Madhya Pradesh (24), Rajasthan (22), Odisha (4) and Jharkhand (3). These 116 districts also include 27 aspirational districts as identified by the NITI Aayog. This is an umbrella scheme that has brought under it 25 different government schemes of 12 ministries/departments. Some employment opportunities offered under the original schemes include building gram panchayat bhawans, anganwadi centres, national highway works, railway works and water conservation projects. This will provide immediate relief to families of migrant workers while creating infrastructure in rural areas, and help generate rural demand. But the government will not spend additional monies on this new scheme. Instead, it will merely aggregate the funds already allocated under the 12 ministries.

Second, to the extent that it would be implemented only in 116 districts of six states, it is discriminatory in that states such as Chhattisgarh and West Bengal are outside its ambit. Further, Odisha and Jharkhand even with large migrant workers got less allocation in terms of the number of districts. Some analysts have highlighted that this scheme will cover only two-thirds of migrant workers who have returned, and one-third fall outside its coverage. This has given a rise to the suspicion that it is politically-driven.

Third, it is not yet clear how different stakeholders—ministries/departments, district administrations, banking systems—will coordinate on things such as timely payments to the workers. To that extent, the scheme will face implementation challenges. What could be a way forward is to bring all the stakeholders on a single IT-based platform, especially when the government is facilitating the role of an aggregator.

Ideally, the woes of distressed migrants could have been redressed by giving a basic income, or as the second-best the government could have made a reasonable amount of money transfer (Direct Benefit Transfer, or DBT). But lack of reliable data may have been the hurdle. However, the government should seize this opportunity to build a database of migrant workers that could be used in the future to create a social security system for them.

The bottom line of this crisis is that most of the migrant workers’ families need immediate relief in terms of cash for survival. Also, existing schemes like MGNREGA should be adequately funded to provide employment to migrants for at least the remaining months of this year.

Several states have attempted to create employment opportunities for the returned migrant workers in their own states. This runs counter to the demographic transition pattern of India: southern states have already reached the peak, i.e. the proportion of ageing population (15-59) has begun to rise, while other states like Bihar, Uttar Pradesh and Jharkhand have much larger proportion of younger people. States with older population would require younger labour, which states with younger population could supply. In a unified economy it would be growth and welfare enhancing to ensure free movement of labour and capital. In such a situation, what is important is to create an imaginative social protection and security system for migrant labourers. It is here that the Migration Commission could play an important role. It should be given the mandate to prepare an appropriate social protection and welfare system for migrant workers.