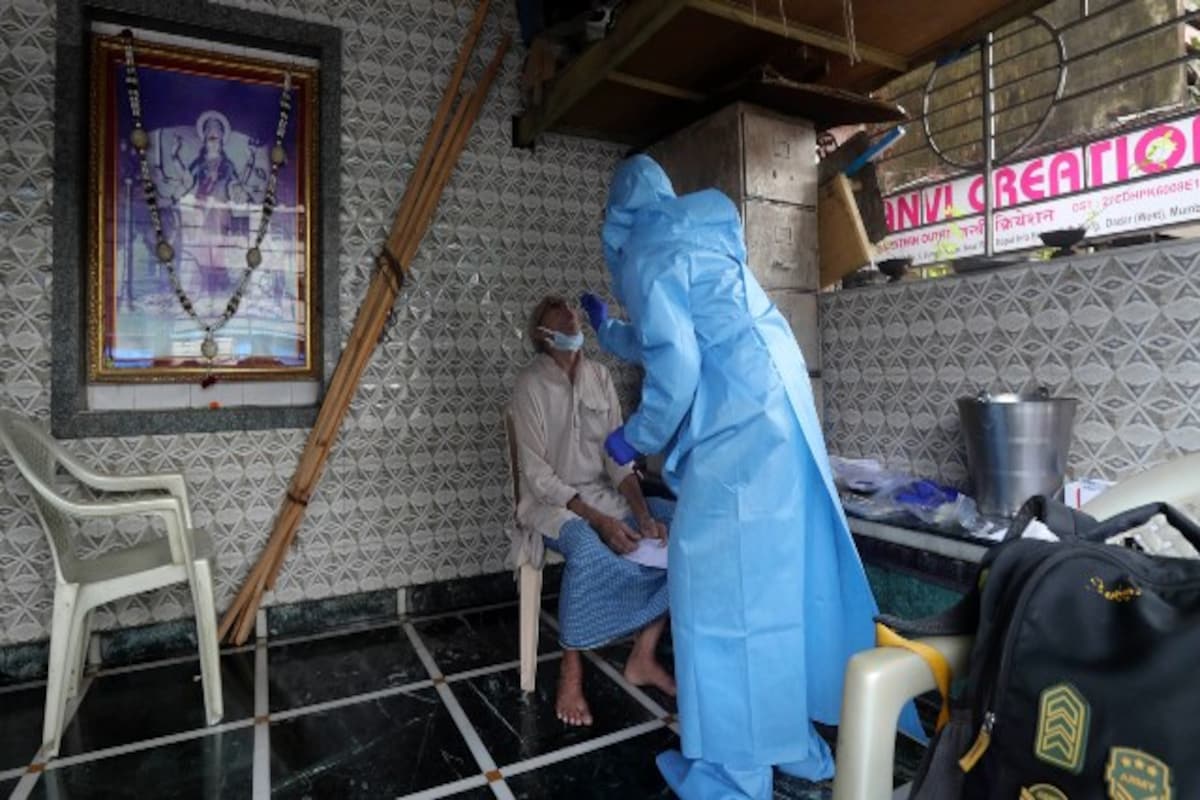 Prime Minister Narendra Modi launched three testing facilities in Noida, Mumbai and Kolkata through video conferencing and asserted that India is in a much better position than other countries in the fight against COVID-19 as a result of “right decisions taken at the right time”.

Meanwhile, a human clinical trial of the indigenously developed Covaxin, a potential vaccine against the novel coronavirus, began at the Institute of Medical Sciences (IMS) and SUM Hospital in Odisha’s Bhubaneshwar.

Amid rising numbers in many states across the country, the Chhattisgarh government decided to extend lockdown in COVID-19 hotspots in the state till 6 August. Nagaland— where Kohima and Dimapur districts are already under lockdown —imposed restrictions on Mon district, which has the third-highest number of active cases in the state.

India reported over 45,000 new cases for the fifth consecutive day, propelling the total coronavirus cases in the country past 14 lakh, while the toll increased to 32,771, according to the Union health ministry’s data.

Separately, the ministry said that the case fatality rate has been progressively falling and currently stands at 2.28 percent which is among the lowest in the world. The focused efforts of the Centre, state governments and Union Territory administrations on early detection and isolation through aggressive testing and efficient clinical management of hospitalised cases have shown results with continuously falling case fatality rate and improving recovery rate, it said in a statement.

Speaking after the virtual launch of three “high throughput” testing facilities in Noida, Mumbai and Kolkata, Modi said that in the fight against coronavirus, India has come to a point where it does not lack in awareness, its scientific data is expanding and resources are also increasing. Reeling off the progress in the country’s health infrastructure, Modi said that the country now has more than 11,000 COVID facilities and more than 11 lakh isolation beds.

“While the country had only one COVID testing centre in January this year, there are almost 1,300 such labs now,” he said. At present, more than five lakh tests are being conducted in the country daily, and efforts are underway to increase this capacity to 10 lakh in the coming weeks, he said.

He also spoke about the country’s progress in manufacturing equipment such as PPE kits, N95 mask, ventilators and oxygen cylinders, observing that this has not only helped save lives but has also converted India from an importer to an exporter.

He said that the new hi-tech testing facilities will give will boost the testing capacity by almost 10,000 daily tests in each of the three cities and will help West Bengal, Maharashtra and Uttar Pradesh in the fight against COVID-19.  These labs will not be limited to testing for COVID, but in future they will also be able to test for Hepatitis B and C, HIV, Dengue and several other diseases, Modi noted.

Meanwhile in Odisha, human trial of BBV152 COVID-19 vaccine or Covaxin commenced at the Institute of Medical Sciences (IMS) and SUM Hospital in Bhubaneshwar —one of the 12 centres selected by the Indian Council of Medical Research (ICMR) for conducting phase one and two of the process.

Covaxin, which is being developed by Bharat Biotech, was administered to volunteers who were selected through a rigorous screening procedure, E Venkat Rao, principal investigator of the trial process, told PTI.  Those who were administered the vaccine have been kept under observation and all of them are “absolutely fine”, he said.  The selected volunteers will be given two doses within a fortnight, Rao said.

Covaxin is the first indigenous vaccine developed by India against COVID-19 and is derived from a strain of SARS-CoV-2 isolated by ICMR-National Institute of Virology, Pune.

Andaman and Nicobar Islands reported its first COVID-19 death as a 49-year-old government employee who also had comorbid conditions,

Goa saw a record single-day spike of 258, pushing the COVID-19 infection count to 5,119. With 133 people getting discharged during the day, the state now has 1,673 active cases, while 36 have succumbed to the infection.

Uttar Pradesh reported its biggest single-day jump of 3,505 new COVID-19 cases, taking the total to 70,493, while 30 more fatalities pushed the death count to 1,456. There are 26,204 active cases in the state as a total of 42,833 patients have been discharged after treatment,  Additional Chief Secretary (Health) Amit Mohan Prasad said.

The national capital recorded 613 fresh coronavirus cases on Monday, the lowest in the last two months. With 26 more fatalities, the toll climbed to 3,853 while the coronavirus count in Delhi reached 1,31,219.  Chief minister Arvind Kejriwal said that the the situation has improved significantly due to hard work and prudence of Delhi people. He also claimed that the Delhi model was being widely discussed and appreciated across the country and the world.

However, the decline in fresh cases also coincided with lesser number of tests.  According to Monday’s health bulletin, which details information about the fresh cases registered in the last 24 hours, 11,506 tests (7,685-PCR, CBNAAT and True NAAT tests figures; 3,821 – Rapid Antigen), the second lowest in July.

In the south,  Andhra Pradesh and Karnataka crossed the grim milestone of one lakh COVID-19 cases while Tamil Nadu logged nearly 7,000 fresh infections for the third straight day, taking its case count to 2,20,716.  Chennai accounted for 95,857 of the state’s cases.

Telangana saw the total infection count breach the 55,000 mark while the cumulative cases rose to 2,872 in the Union Territory of Puducherry.

Kerala recorded 702 fresh cases, taking the total cases to 19,727. The state government however ruled out a complete lockdown, stating that it was not a solution to halt the spread of coronavirus.  The common opinion during a Cabinet meeting was to strengthen the restrictions in clusters to check local transmission, said chief minister Pinarayi Vijayan, adding that Police will intervene and take strict action in case of violations. However, as a ‘serious’ situation continued in Thiruvananthapuram district the existing lockdown would remain in place there, he said.

Many areas across the country have been punt under lockdown restrictions of varying degrees and durations.  In Meghalaya’s capital Shillong, a 72-hour-long shutdown kicked in on Monday. The lockdown in Shillong agglomeration — localities within the Shillong municipality and scheduled areas— was announced after 56 new COVID-19 cases were reported in the last two days.

“The lockdown reimposed in the entire Shillong city agglomeration will continue till Wednesday midnight,” the district’s Deputy Commissioner Matsiewdor W Nongbri said. During this period, health workers will be working extra time to track all primary and secondary contacts of positive patients, and conduct random tests to break the chain of infection, she said.

Total lockdown has been extended to Nagaland’s Mon district and will remqain in force till 2 August, said a notification. The lockdown protocol will be followed and all shops, business establishments, offices, schools will be closed except pharmacies and there will be total ban on movement of people barring medical emergencies, it said. However, trucks from Assam carrying essential commodities were permitted entry into the district only for Monday so that the general people can get them during the lockdown, officials said.

Mon currently has 132 cases out of the total 1384 confirmed cases in Nagaland. It also has 124 active cases, the third-highest number in the state, it said. State capital Kohima and commercial capital Dimapur are the other two places where total lockdown has been clamped.

The Chhattisgarh government decided to extend the ongoing lockdown in coronavirus- hit areas, including capital Raipur, Bilaspur and Durg, till 6August to check the spread of the infection. Briefing the media after a Cabinet meeting, Agriculture Minister Ravindra Choubey said, that instructions have been given to district collectors to ensure strict compliance with lockdown rules in coronavirus hotspots and take effective steps to check the spread of the infection.

Chhattisgarh, where the infection has spread in all the 28 districts, has reported 7,613 COVID-19 cases till Sunday night. The state has recorded over 5,000 cases in just the last one month. With 2,187 cases so far, Raipur district tops the case count in the state.