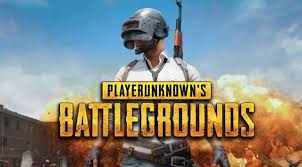 India on Wednesday banned Chinese mobile gaming app PlayerUnknown’s Battlegrounds, popularly known by the acronym PUBG, and 117 others, including Alipay and Baidu, amid a fresh spell of border tensions between the two neighbours.

“In view of the emergent nature of threats, (India) has decided to block 118 mobile apps since in view of information available they are engaged in activities which are prejudicial to the sovereignty and integrity of India, defence of India, the security of the state and public order,” the ministry of electronics and information technology said in a statement. The apps have been banned under the section 69A of the Information Technology Act.

The ministry said it had received several complaints and reports about the misuse of some mobile applications available on Android and iOS platforms for ‘stealing and surreptitiously transmitting user data in an unauthorised manner’ to servers outside India.

The Indian Cyber Crime Coordination Centre, which comes under the administrative control of the home ministry, had also recommended blocking of these apps, the ministry said. Some of the other banned apps are CamCard-Business Card Reader, VooV Meeting-Tencent Video Conferencing, Ludo World-Ludo Superstar.

“The compilation of these data, its mining and profiling by elements hostile to national security and defence of India, which ultimately impinges upon the sovereignty and integrity of India, is a matter of very deep and immediate concern which requires emergency measures,” the statement said.

The move is expected to safeguard the interests of millions of mobile and internet users, the ministry said, adding the decision will ensure safety, security and sovereignty of India’s cyberspace.

According to App Annie, an agency that monitors the use of mobile apps, Tencent Holdings’ PUBG has over 50 million users in India, of which close to 35 million are active users. PUBG bagged the top spot in consumer spending on games in India in 2019, according to App Annie.