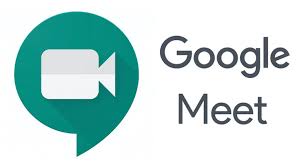 In a major development, Google has introduced breakout rooms in its video conferencing app Meet to divide participants into smaller groups during video calls and have more engaged distance communication. Google will let you make up to 100 breakout rooms during a single call.

Currently, the feature has been made available for G Suite Enterprise for Education customers, Google said in a statement. “This feature will be launching to additional Google Workspace editions later this year,” the company said.

With the feature, teachers and educators will be able to break their classes into smaller groups for projects or focused discussions. Participants can then easily rejoin the original meeting following their smaller group discussion.

With this feature, educators can offer increased engagement in their classes by splitting students up for simultaneous small group discussions or working time. Moderators can also jump between breakout rooms to monitor and participate in discussions.

Google last month introduced a new feature in its Meet app where the users can now see up to 49 people at the same time (including themselves) in the auto and tiled layout options.

While only event creators can create breakout rooms, anyone with a Google account that is joining from the web or through the Meet app can be a participant. There is no admin control for this feature and the feature will be available by default. “You can also manually move people into different rooms”.

The company has also announced to continue providing unlimited calls (up to 24 hours) in the free version of its video conferencing app called Meet through March 31, 2021 for Gmail accounts. Google in April announced that anyone with a Google account was allowed to create free meetings with up to 100 people with no time limit till September 30 in the pandemic times. Google has now extended that policy and free Meet users can host longer calls through March 2021.